Reminder: You have until tomorrow to pick one account to keep. Or one of the staff will make the pick for you. (Making sure you can't bitch and cry and claim you weren't warned.)
"Down at the end of the hall is BALL STORAGE. For jocks, who like... BALLS. Like... Richie Marcus. D'ya hear me, Betsy? RICHIE... LIKES... BALLS." 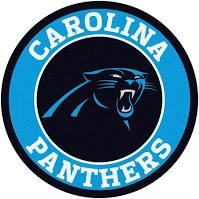 The official website of the Carolina Panthers.​
I think Blackfoot used to be someone else who was probably banned many years ago. But Blackfoot keeps within the rules, and a It drives Jack and a few others crazy that he's allowed here, and was able to get the Agony of Defeat forum.
C

Cam Newton's average air yards were 5.56 per attempt on Sunday. That's lower than his 6.8 air yards per attempt last year at New England, per ESPN Stats. Newton ranked 30th among 35 qualified quarterbacks in 2020. Panthers coach Matt Rhule, however, didn't put Newton's average in the 27-21 loss to Washington on his quarterback. “The deeper thing is more on Joe [Brady, OC] and me. There is no issue with Cam's arm.''

Matt Rhule on the Panthers giving up 163 yards rushing in their six losses, including 190 in Sunday's loss to Washington: “It's very concerning. If you can't stop the run . . . people say the run doesn't matter, when you're trying to control the game the run matters.''

Alarming stat for the Panthers (5-6). In their six losses they have allowed 163 yards rushing per game, including 190 in Sunday's 27-21 loss to Washington. In their five wins they allowed 56.4 yards per game. That's a swing of 106.6 yards. Can't win consistently that way.

This was huge in the Panthers' loss. Christian McCaffrey had only four carries for 6 yards in the second half after running six times for 53 yards in the first half. He had just one carry (0 yards) on the team's final 3 possessions.

NEW AGE POSTING: I'm steve samurai jack®...bitches!. I'm happy but not that happy. Am I black or white?

Week-1: Sun, Aug 15 @ Indianapolis L
Eason efficient, Ehlinger shines late as Colts beat Panther
Ehlinger, a sixth-round pick out of Texas, began his NFL debut with an interception. But he regrouped and drove the Colts to a tying touchdown capped by his 2-point conversion run. Carolina's Joey Slye converted field goals from 29, 28 and 41 yards.

Week-2: Sat, Aug 21: vs Baltimore L
Ravens tie NFL record with 19th straight preseason win, 20-3
Tyler Huntley threw for 187 yards for the Ravens, who equaled the mark set by Vince Lombardi's Green Bay Packers, who had a 19-game winning streak in exhibitions from 1959 to 1962. Sam Darnold had his first action at quarterback for Carolina, but left after one seven-play series.

Week-3: Fri, Aug 27: vs Pittsburgh W
Darnold throws 2 TDs, Panthers smother Steelers backups 34-9
Darnold, who has seen most of his action in joint practices rather than games this preseason, spent much of the first quarter under duress despite playing against a defense resting all of its starters. Steelers QB Dwayne Haskins started and struggled, completing just 9 of 16 passes for 108 yards with one interception and one late touchdown

Week-1: Sun, Sep 12 vs New York Jets W
Darnold, defense lead Panthers past Jets 19-14 in opener.
Darnold maintained his even-keeled persona after throwing for 279 yards and a touchdown and running for another score. Sam Darnold, acquired from the Jets for three draft picks this past offseason. Six different players were in sacks for the Panthers. New York Jets Zach Wilson kept battling, though and finished 20 of 37 for 258 yards with two touchdown passes to Cory Davis in his first career start.

Week-2: Sun, Sep 19 vs New Orleans W
Darnold throws 2 TDs, Panthers D dominates Saints 26-7
With an effective running game led by Christian McCaffrey, a reliable set of wide receivers that includes D.J. Moore and defense that is playing lights-out, Darnold is off to a 2-0 start as Carolina's starting quarterback. Carolina's defense held Alvin Kamara to 5 yards on eight carries as the Saints struggled with five of the team's offensive coaches out because of COVID-19 protocols.

Week-3: Thu, Sep 23 @ Houston W
Texans done in by inability to run ball in loss to Panthers
Carolina's top-ranked defense sacked Mills four times and held him to 168 yards passing. Mills was pressed into action after Tyrod Taylor suffered a hamstring injury last Sunday and was placed on injured reserve. Mills threw for a touchdown and avoided big mistakes after he threw an interception in the second half of Sunday's loss at Cleveland. But the Texans (1-2) finished with just 42 yards on the ground, and that forced Mills into tough down-and-distance situations as Houston punted six times.

Week-5: Sun, Oct 10 vs Philadelphia L
Hurts runs for 2 TDs, Eagles come back to top Panthers 21-18
Hurts finished with 198 yards on 22 of 37 passing and ran for 30 yards on nine carries, while DeVonta Smith had seven catches for 77 yards and a 2-point conversion for the Eagles. Darnold finished 21 of 37 for 177 yards with one touchdown and three interceptions.

Week-6: Sun, Oct 17 vs Minnesota L
Cousins throws TD pass in OT; Vikings beat Panthers 34-28
Kirk Cousins threw for 373 yards and three touchdowns against the league's top-ranked pass defense, including a 27-yard touchdown pass to K.J. Osborn on the first possession of overtime. Carolina's Sam Darnold finished 17 of 41 for 207 yards with one touchdown and two turnovers and nearly pulled off a wild comeback.The Panthers are 3-0 with Christian McCafffrey in the lineup and 0-3 without him.

Week-7: Sun, Oct 24 @ New York Giants L
Jones passing and catching, Giants D spark win over Panthers 25 - 3
The catch was a hot topic. Jones, who finished 23 of 33 for 203 yards with six carries for 30 yards. Darnold, traded to Carolina in the offseason, was lifted in the fourth quarter after hitting 16 of 25 passes for 111 yards and the pick. PJ Walker finished up.

Week-8: Sun, Oct 31 @ Atlanta W
Defense shines, Panthers snap skid by beating Falcons 19-13
Carolina's defense Totally stuffed Matt Ryan and the Falcons, who managed a measly 213 yards total offense. Darnold threw for a mere 129 yards on 13 of 24 completions. Atlanta (3-4) had won two straight games, only to squander a chance to climb above .500 for the first time since 2017.

Week-9: Sun, Nov 7 vs New Engiand L
Pats shut down Darnold, Panthers, cruise to 24-6 victory
New England's defense intercepted Darnold on three consecutive possessions in the second half. Belichick is 4-0 against Darnold, and the quarterback has thrown nine interceptions and one touchdown pass in those outings. McCaffrey had 14 carries for 52 yards and caught four passes for 54 yards, but the Panthers have only scored one touchdown in the past three games.

Week-10: Sun, Nov 14 @ Arizona W
Superman's sequel: Newton leads Panthers over Cards 34-10
Newton was saved for mostly short-yardage situations. The 32-year-old provided a flashback to his MVP days in his second debut with the Panthers, throwing for one touchdown, running for another. P.J. Walker completed 22 of 29 passes for 167 yards.Backup Colt McCoy, who was playing a second straight game for the injured Kyle Murray.

Week-12: Sun, Nov 28 @ Miami L
Dolphins win 4th straight, roll past Panthers 33-10
Tua Tagovailoa completed 27 of 31 passes for 230 yards and a score. Jaylen Waddle had nine catches for a season-best 137 yards and a touchdown, and the Dolphins feasted off five sacks and three interceptions. Newton was pulled in the fourth quarter after completing just five of 21 passes for the Panthers, who lost for the seventh time in their past nine games.

NFC South
Tampa Bay: (8 - 3)
Atlanta: (5 - 6)
New Orleans: (5 - 6)
Carolina: (5 - 7)
I think Blackfoot used to be someone else who was probably banned many years ago. But Blackfoot keeps within the rules, and a It drives Jack and a few others crazy that he's allowed here, and was able to get the Agony of Defeat forum.
You must log in or register to reply here.
Share:
Facebook Twitter Reddit Pinterest Tumblr WhatsApp Email Share Link
Menu
Log in
Register
Top