Biden has weaponized the DOJ?

Some of you need to start paying attention,

"It is a complete victory for the Justice Department and a vindication of the principle that judges may not rewrite the law to run interference for the president who appointed them."

Cannon has been disqualified for lack of jurisdiction. Hopefully she'll be impeached, although with a republican congress half full of halfwits, thats unlikely to happen.

My question is, when are they going to indict Trump?

I don't get the holdup? 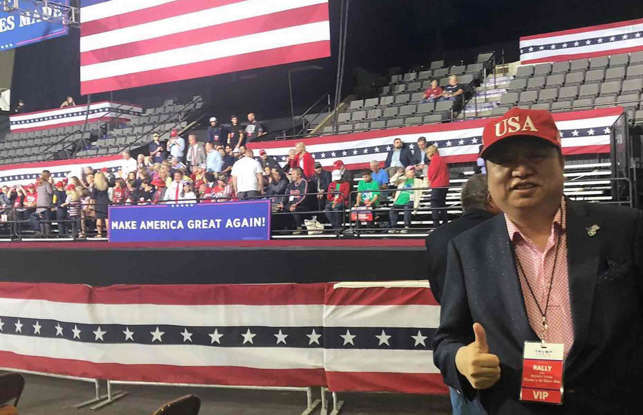 This image, from an Instagram account ProPublica identified as belonging to Tao Liu, shows him attending a Trump rally in 2018 wearing a VIP pass. In August 2021, Liu was sentenced to seven years in prison in the US for his part in a $30 million money laundering scheme that extended back to 2008. He pleaded guilty to the charges. As part of the operation, Liu tried to bribe an undercover agent to obtain fraudulent US passports and handled drug money for his co-conspirator. However, ProPublica says overseas news outlets identified him as the mastermind of a fraudulent scheme three years before the Bedminster meetings, which begs the question: how did he manage to get an audience with the then-president?
Show hidden low quality content
You must log in or register to reply here.
Share:
Facebook Twitter Reddit Pinterest Tumblr WhatsApp Email Share Link
Menu
Log in
Register
Top