Get your booty to the polls

jack said:
No its quite simple.

You either vote for Trump or the alternative.
Click to expand...

Or, as most of us see it, we vote for an American future or the USSA. The choice just isn't that fucking tough to make.

Spare me the rest of the bullshit.
Click to expand...

You mean the facts? You mean that you actually prefer to be ignorant just to conform to and fit in with a herd of the indoctrinated?

“Conformity is the jailer of freedom and the enemy of growth.” – President John F. Kennedy

Funny thing; in his day, JFK was a Democrat. Today, you'd probably label him a "fascist."

The Highwayman said:
Or, as most of us see it, we vote for an American future or the USSA. The choice just isn't that fucking tough to make.
Click to expand...

Throw the polls away.

Get a 'scrip' for antidepressants. You're gonna need 'em.

Beat that? It's already beaten, tenfold over, minimum. Let 'em cheat -- no matter how hard the Dems cheat, just like in 2016, it won't even matter. The American people will still win.

Communism isn't taking our country from us.

jack said:
Damn. You both suck at this. "gee" dead dog says "there used to be all this fake bullshit about you I could access but it's all gone now":
Click to expand...

Then there's the threatening phone call you made on someone's answering machine.

That one is still floating around, BTW.

125k later from the estate of the perp, yep. Want some? I fucking dare you.
Click to expand...

I really would, except I need to catch up painting my WarHammer minis, and when it comes down to it, you're really not much more than a

for my casual amusement.

Does that even cover the cost of your coke habit?

No, don't deny it. Anyone can look at your FB pics and see the snot coming out of your nose.

Meanwhile, the Biden corruption scandal has turned into an explosion that makes the Port of Beirut thing look like a cheap Chinese firecracker. 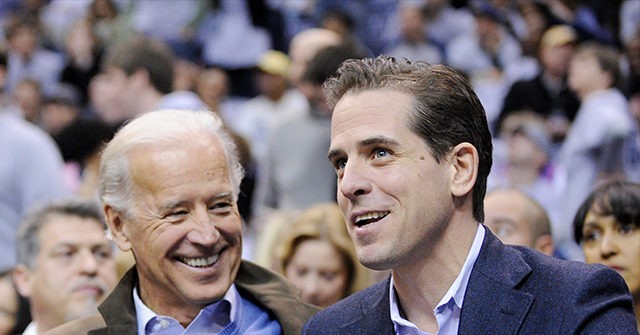 Bombshell: Biden Insider Claims He Was 'Recipient of the Email'

Ah the Post thing. Been verified yet by any news source? Protip: Breitbart is not a "news" source Neither is Murdoch. But you go on with your "sources.

Get back to me when it's verified by someone outside the echo chamber. (Hint: it hasn't)

LOL some October surprise. Info that has been shown to be false, recycled yet again.

jack said:
Protip: Breitbart is not a "news" source
Click to expand...

You shouldn't call a retarded bleat a "protip." Breitbart is a news source, whether you like the fact that it reports on stories MSNBCPUSA won't, or not. And it was the New York Post who broke the initial story. The Post -- which was a news source until it reported something Against The Narrative, at which time it became no longer a news source.

Excluding sources because they report news the establishment doesn't want them to is retarded, childish, and cowardly.

Being retarded, childish, and cowardly on the left's part is why Trump won in 2016 and why he's going to win again this year. And just like in 2016, your ideological blinders are going to prevent you from seeing it coming and leave you emotionally crippled. Again. Grow up.

Sure sure. Just like the "amazing crowds" at Trump's Covid superspreaders.

and this: In a 2004 survey conducted by Pace University, the Post was rated the least-credible major news outlet in New York, and the only news outlet to receive more responses calling it "not credible" than credible (44% not credible to 39% credible).

As usual, I asked for ONE verification outside the echo chamber. As usual, nothing.

jack said:
As usual, I asked for ONE verification outside the echo chamber.
Click to expand...

No, you asked for verification from inside your preferred echo chamber; that's arguing from bad faith, because you already know that the New York Post was considered perfectly acceptable until they went against Biden with that story.

Nevermind. Discussing anything with you is ridiculous, especially manufactured fake bullshit like that. Your specialty it seems.

Enjoy your little echo chamber, along with your circle jerk.

Okay, you tell me -- which source would you accept (until I find a piece verifying it from that source, at which point we both know you'll then immediately reject that source)?

Except, according to the Intelligence community, it isn't. It's real.

The DNI said emails purportedly from a laptop belonging to Hunter Biden are not tied to Russian disinformation. But the FBI is investigating.
www.usatoday.com

Fuck Ratliffe, and fuck you too. Guess it's kind of hard to explain how a hard drive could be dropped off for repair 6 days before it was manufactured. Read it and weep fuckley.

Except, according to the Intelligence community, it isn't. It's real.

The DNI said emails purportedly from a laptop belonging to Hunter Biden are not tied to Russian disinformation. But the FBI is investigating.
www.usatoday.com
Click to expand... 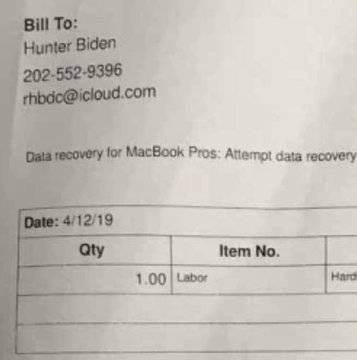 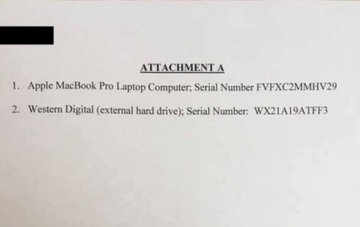 Some of us like to deal in facts, not made up shit, so there's more:

Replying to
@spdustin
The external drive was claimed to be used to recover the data, but there is no “recovery” of a solid state disk drive, such as the one in Hunter’s alleged Mac. If the data is corrupted or deleted, it’s lost forever, unless the Mac’s owner runs a *specific* command from a shell.

Here, just read the fucking thread yourself and please, shut the fuck up about this "bombshell expose" Like everything else you've been peddling it's fake. Fake as your politics.

Um, Dustin Miller is telling a half-truth... which is more dangerous than an outright lie.

It is possible to recover data from an SSD, but not data that has already been overwritten.

Additionally, my problem with the Attachment A is that it doesn't list the product type. Without that, it's not possible (from what I see) to check the warranty based on the serial number on Western Digital's site.

Maybe you can. I dunno. If you can, walk us through it.

That command would disable the TRIM command. It’s not at all common practice, and the kind of person who’d use a strip mall repair shop certainly wouldn’t know about it. The drive could have been used as a *destination* for a backup of a *working* SSD. So let’s explore that.
If the internal solid state drive was working, but the computer was not, it would take specialized equipment and skill to remove it. It’s not a “drive,” it’s a bunch of memory chips soldered directly onto a circuit board inside. It would mean desoldering the chips, and…
…we’re already past what a neighborhood repair shop can do. Certainly not for $75. Which leaves one last option: the computer was bootable, the internal drive was working, and The Mac Shop just cloned it onto a My Passport Pro they bought…weeks after they got the computer.
It’s clear by the date that the drive wasn’t Hunter’s. So we’ll proceed from there. They could’ve used Target Disk Mode for this, if the problem with the MacBook was its display, but it was otherwise bootable. Which brings us to price.
Again, the drive wasn’t Hunter’s. So the shop had to buy it. The 2TB My Passport for Mac is $80 today. It was likely more when it came out. Yet Hunter only paid $85 for the repair? No repair shop owner is that dumb. Let’s sum up:
Ext. drive wasn’t Hunter’s, it was bought after the MacBook was dropped off. The internal drive wasn’t corrupted, because you can’t recover from a corrupted NVMe SSD. Which means it was copied to a drive that costs more than the cost of the service, and no repair shop does that.

Let’s set aside the external drive that the Mac shop bought for the express purpose of copying data that can’t be recovered from a corrupted drive and isn’t the server that the quote specified. Let’s focus on a “water damaged” MacBook Pro, as alleged in the NY Post piece.
How would you know (as a consumer) if it’s water damaged? Does the keyboard not work? The screen? Due to the internals of a MacBook Pro, if they don’t work because of water damage, it’s likely that the drive can’t be accessed either; i.e. it won’t boot.
Which puts us back to “no recovery” because of the kind of solid state storage in the MacBook Pro. The only conclusion left: the computer was working fine, data was copied (by *someone*) to an external drive bought at retail, and once there, the data is easily changed/forged.
Hell, the emails were “printed” to PDF in October 2019, according to metadata in the PDF files linked by the NY Post story. Six months after the computer was allegedly dropped off by someone who may or may not be Hunter Biden.
Basically, there isn’t one part of their story that holds even a small amount of water. You know what does “fit” the narrative, though? Some sketchy dude overcharged his customer (whom he didn’t recognize at first) for “recovery” (making a backup of a working drive)

The responses to the thread from that point make it incoherent, but what seems to be true is this. According to the manufacturer of the hard drive that the Post claims contains all that damaging information, it was one that was manufactured 6 days after the laptop was supposedly dropped off.
You must log in or register to reply here.
Share:
Facebook Twitter Reddit Pinterest Tumblr WhatsApp Email Link
Menu
Log in
Register
Top