and this....he's a DINO. Actually works for the other side, it seems.

See, now if he'd been telling people to fuck with businesses and their customers *cough*maxinewaters*cough* he'd have been just fine.

His mistake was telling the people how to force the elite to actually listen -- which is politicians' job, of course, but the last thing we want is to have "representatives" feet held to the fire by their constituents. That's a no-no.

Doesn't this shit piss you off?

jack said:
Doesn't this shit piss you off?
Click to expand...

Why? What does the establishment do for any of us except lie to us, steal from us, and endanger us?

January 6th wasn't an insurrection, but you know what? It's a missed fucking opportunity that it wasn't. These lying, thieving, usurping fucking faggots are afraid of the people? Fucking good. Dude, they're supposed to be afraid to fuck with us. "Consent of the governed" ring a bell? Well, they need to worry that they'll lose that consent, and it's only fair that they know when they're losing it.

Those consequences, by the way, are perfectly legal -- according to the supreme body of law which governs the government. They ignore that body of law -- the Constitution -- at their metaphorical peril.

They are not "the Government."

We are "the Government." They're just employees. And the Constitution reserves to us the right to fire them. Any law they write to the contrary is preemptively nullified by the Constitution.

Read the thing if you don't believe me. 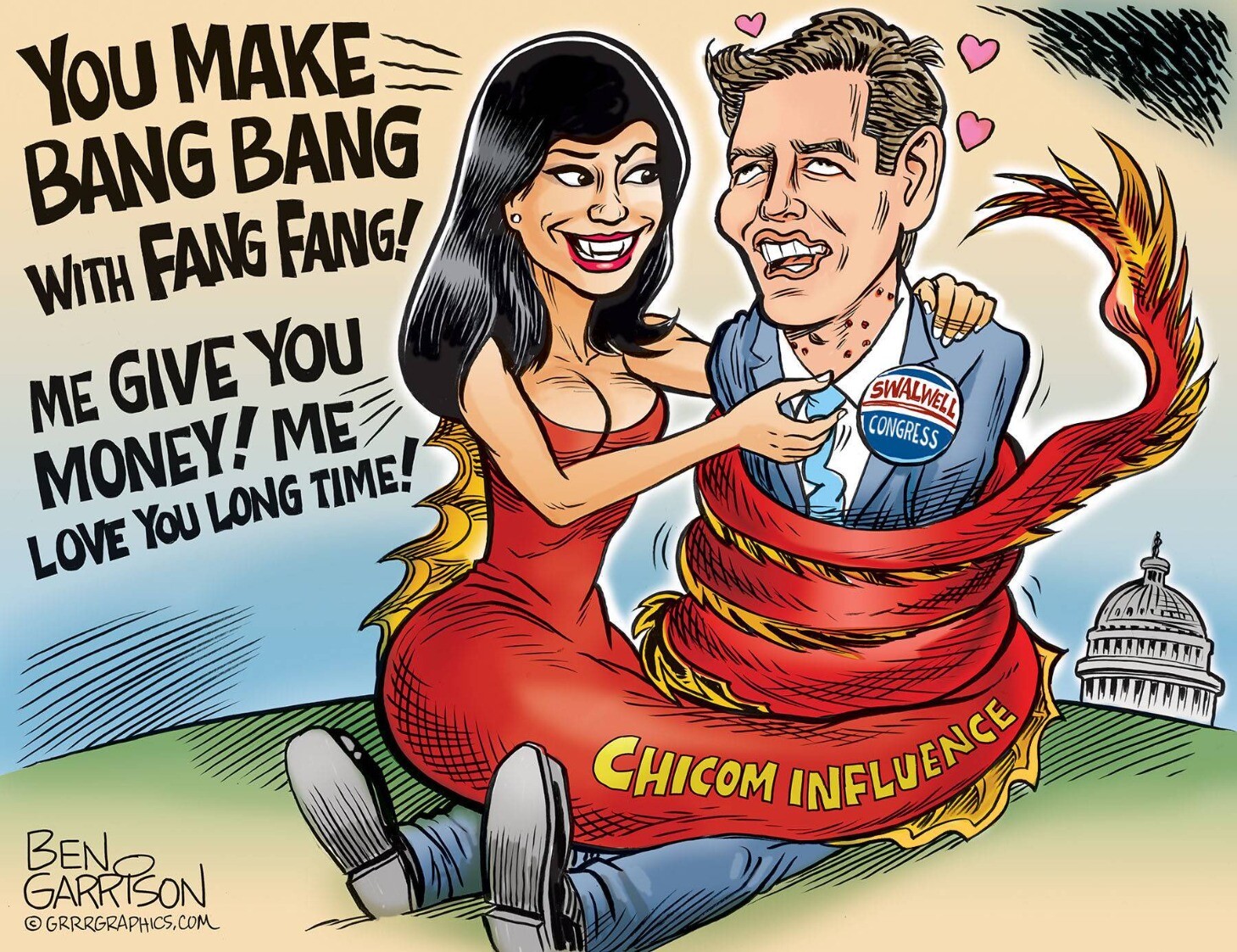 Pay no attention to the threat to national security posed by the CCP's compromise of Congress, though.

The real threat happened on January 6th, when (we were breathlessly assured) Americans almost took over America.

If you ask me, Manchin is snorting a little too much Koch lately.

jack said:
If you ask me, Manchin is snorting a little too much Koch lately.
Click to expand...

Clever, but I don't think so. The Koch brothers are plainly all about pushing illegal immigration, which creates wage contraction and displacement of legal labor.

Talk about billionaires with the "fuck you, I've got mine" mentality, that's them.

Give this a view and tell me what you think...

jack said:
Give this a view and tell me what you think...

Well, that "voting rights" legislation is focused on eliminating voter integrity measures, as far as I can tell. You know what really disenfranchises voters? Nullifying legal votes with illegal ones. That's what election integrity legislation is intended to prevent.

So why kill election integrity measures? Because you intend to disenfranchise legal voters.

I'd also point out that with their anti- legal labor stance, the Kochs are most certainly not conservative. But they're often presented as such -- ironically, by those who share their anti-American positions.

Want to hear a conspiracy theory? The Kochs are making gestures of "pressuring" Manchin so that those who oppose Manchin can point to the Kochs and yell, "Heeth doing what they thay for him to dooo!"

Actual conservatives know the Kochs well enough that we're not falling for that. And neither should you.