Sept. 5 (UPI) -- Ukraine is claiming some of its most significant victories in the south since the start of the Russian invasion, claiming Monday it has recaptured two settlements in the south and one in the east as part of its counter-offensive.

Kyrylo Tymoshenko, deputy head of President Volodymyr Zelensky's office, posted an image of soldiers raising the Ukrainian flag over a village he said was in Ukraine's south, which has been mostly controlled by Russia.

Ukraine's military's Operational Command South said its Air Force carried out 21 strikes, while "rocket and artillery units continue to carry out fire missions intensively. Crossings through the Dnipro and Inhulets (rivers) are under close fire control," according to The Guardian.

Kyiv claimed it has destroyed six Russian tanks and other equipment, including nine howitzers.

"After intensive shelling by the Defense Forces of areas where the enemy is concentrated in the Kherson region, Russian invaders imposed a ban on the movement of local residents," Ukraine's General Staff said Monday, according to CNN. "In particular, people are prohibited from crossing the Dnipro River both by bridges and by watercraft."

Despite Ukraine's reported success in the South, the British Defense Ministry said Russia has kept the bulk of its forces in the eastern Donbas region for fear of losing territory there.

"Its principal axes of advance in the Donbas remain at Avdiivka near Donetsk City and, [40 miles] to the north, around Bakhmut," the ministry said on Twitter. "AlthoughRussia has had the most success in this sector, its forces have still only been advancing around one kilometer per week towards Bakhmut."

The ministry said the reason for holding fast in the east for Moscow is meant to serve a political victory by claiming the whole Donetsk Oblast but they have not been able to secure that goal yet.

In Afghanistan, a suicide bomber blew himself up outside the Russian embassy in Kabul, the Russian Foreign Ministry said Monday. Two embassy staff members were killed in the attack along with some Afghans. Taliban guards killed the attacker as he approached but the bomb went off regardless, Afghan police said. Russian officials called it an act of terrorism against the country.

Appearing on MSNBC on Labor Day afternoon, retired Gen. Barry McCaffrey said that Russian President Vladimir Putin is "in a box" and on the verge of suffering a humiliating defeat in Ukraine due to the unsuitability of the military forces he has been sending to prop up his invasion of the neighboring country.

As fall and winter loom, the retired general said that the Russian army has been depleted and the Russian strongman has been deploying new troops that McCaffrey dismissed as "stupid, drunk and brutal" with little tactical plans on how to use them

Speaking with MSNBC host José Díaz-Balart on Monday, the military expert says Putin has particular problems in the Kherson region of Ukraine.

"General, I am just wondering, from the 24th of February when Russians began their invasion of Ukraine, there was a lot of legend and belief in the strength of the Russian armed forces, and the effectiveness of its hierarchy," the MSNBC host prompted. "General, what have we learned about the Russian strength of armed forces?"

"This is pretty surprising. tactically," McCaffrey replied. "They have been stupid, drunk, brutal, out-of- control, low morale, bad leadership, bad operational directive and right now in the Kherson area, a better part of 15,000 Russians are stuck north and west of the Dnieper River, and Ukrainians are going to try and take them apart, deliberately, piece by piece."

"They have conducted over 400 artillery strikes over 40 air sorties, that have blown up a lot of ammunition and hit a lot of their command and control. They're doing partisan and special operation attacks deep in the Russian zone," he elaborated. "It is astonishing to me."

"Now, Putin has gotten himself in a box he cannot get out of," he continued. "They are scrambling to make up Russian manpower, he is afraid to conscript Russian city boys and send them off to fight in Ukraine, so he is emptying prisons, he is using contract mercenaries, and it is not going well for him."

Russian troops "failed to organize a coherent retreat" when Ukrainian forces launched a surprise counteroffensive against them in the areas around Kharkiv, Ukraine's second-largest city, according to the Institute for the Study of War (ISW). 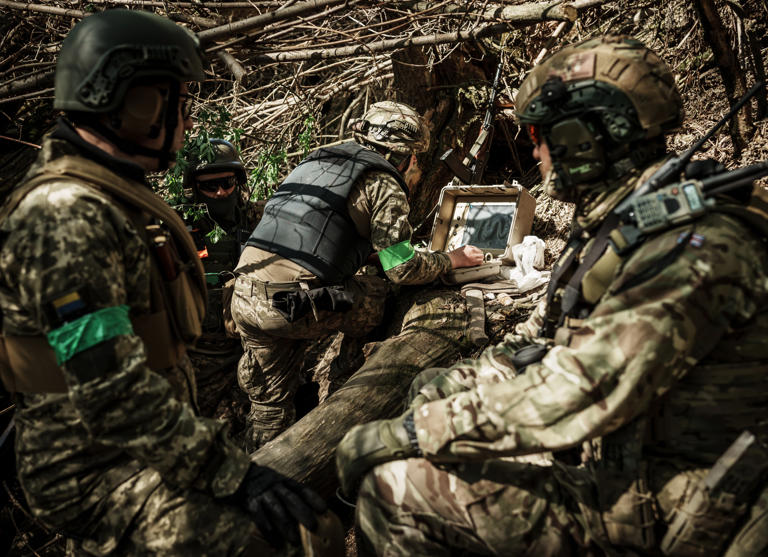 The Washington D.C.-based think tank ISW wrote in its daily update on Monday on the war that Russia had brought more of its forces in the south in response to a Kherson attack, but had left its front lines thin in Kharkiv Oblast.

In recent days, Ukrainian forces have seized control of key cities such as Izyum and Kupyansk, forcing Russian troops to retreat. Kyiv has been making far more progress on its counterattack than many analysts predicted.

"Ukrainian forces have inflicted a major operational defeat on Russia, recapturing almost all Kharkiv Oblast in a rapid counter-offensive," the ISW said. "The Ukrainian success resulted from skillful campaign design and execution that included efforts to maximize the impact of Western weapons systems such as HIMARS.

HIMARS rockets have been a 'game changer' in Ukraine, and the US Army is now looking for ways to build up to 500 more​ 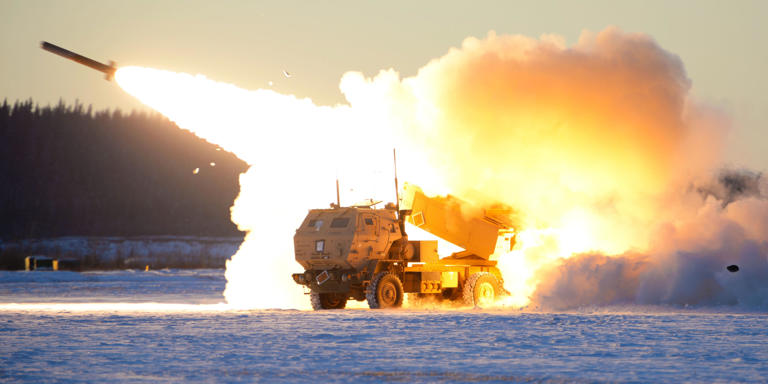 The US Army is looking for companies that can build up to 100 HIMARS multiple rocket launchers a year.

What's interesting is that the Army lay outs a five-year schedule that calls for almost 500 new HIMARS, which are currently built by Lockheed Martin. Between fiscal years 2024 and 2028, the Army is contemplating a minimum of 24 new launchers a year and a maximum of 96, totaling between 120 to 480 over five years.

Whether those new HIMARS are actually built depends on funding, Congressional politics, and changes in the international situation and military technology. "The information provided may be used by the Army in developing its acquisition strategy," noted Redstone Arsenal, which issued the RFI

The US Army has 363 and the Marine Corps another 47. The Army said in 2021 — before Russia attacked Ukraine — that it would seek to increase its force to 547 HIMARS. Romania has 18 HIMARS and US approval to purchase up to 54. Singapore has 18 launchers and Jordan 12.

Next to Ukraine, perhaps the most notable buyer would be Taiwan, which now plans to order 29 HIMARS.

Taiwan originally planned to order just 11 HIMARS along with 40 M109A6 Paladin self-propelled 155-mm howitzers, but it now wants to cancel the Paladin order in favor of more HIMARS, which have a longer firing range. Taiwan's army believes HIMARS would more effective in countering an amphibious landing.

Indeed, given the publicity HIMARS has in the Ukraine war — where it has been called "a game changer" — its cachet alone will probably increase sales.

Ukraine has used HIMARS for pinpoint strikes to destroy Russian targets such as ammunition dumps, command posts, and even bridges.