Cowboys' Ezekiel Elliott feels 'normal' after coronavirus diagnosis, concerned with player safety
"Now, I'd say I feel good," he said. Elliott, 24, said he believed that if he were tested again, the result would come back negative. However, he said he decided to give it a few more days.

If you are somewhere near Santa Barbara, California, in the next month and you see a football player in a park or on a field in a Dallas Cowboys helmet, it could be linebacker Sean Lee. The Cowboys' offseason program virtual from the beginning to the end because of the coronavirus pandemic is over and players do not have to report back to The Star until July, but for Lee, who is entering his 11th year with the organization, it never really ends. He will turn 34 on July 22 and understands there is only so much time left for him in the NFL. In a normal offseason, Lee would have been at The Star more than a month before the official start of the offseason program. Because of a late-season injury from 2019, he was at the facility for rehab and some training under league rules, but a lot of the work he has put in has been on his own.

The Cowboys haven't played tag too often over the last 27 years, but Dak Prescott is the most recent player to receive the franchise tender. Here's what we know: Prescott, at the moment, will make a club-record $31.4 million on the franchise tag in 2020 unless he and the Cowboys can reach a long-term extension by July 15. The tag, a one-year, guaranteed contract comprising the average of the NFL's top salaries at a player's specific position has been used eight times by the Cowboys since the league adopted it in 1993. Primarily, it has been a placeholder to continue negotiating a new deal with a key starter. That's the goal with Prescott, too. Let's look back at the Cowboys' past tag decisions and how they panned out: 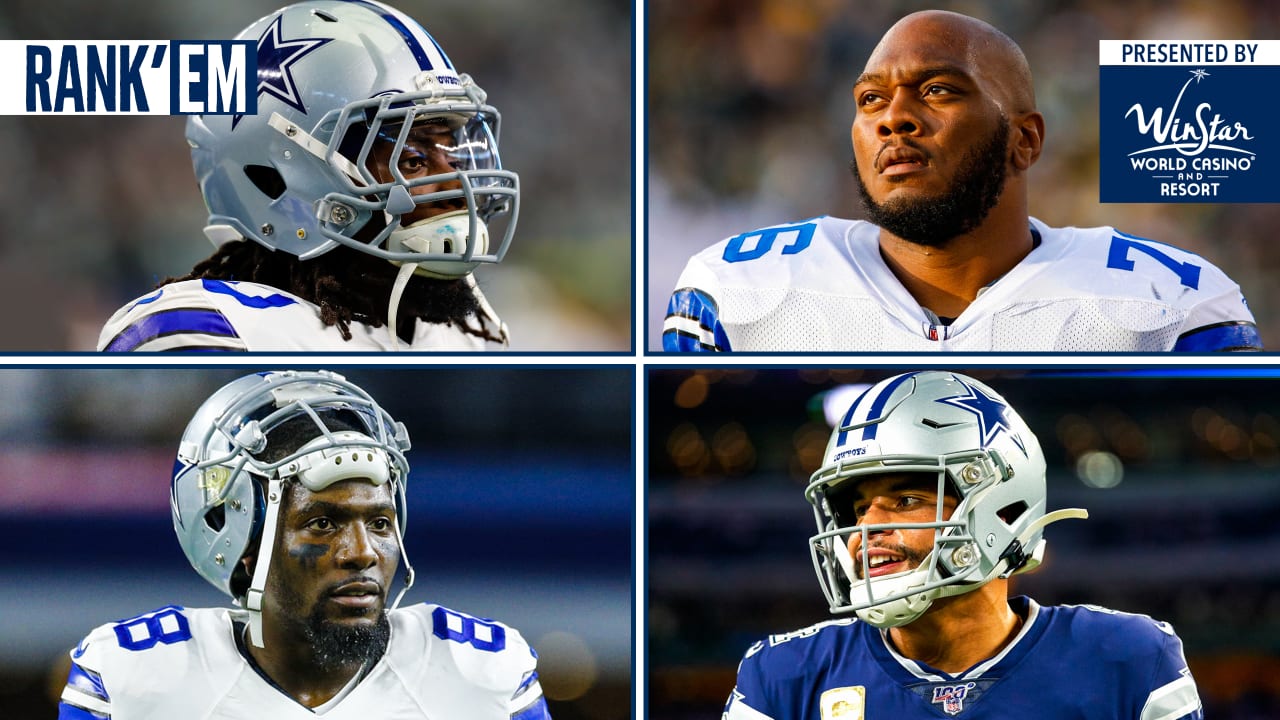 Jerry Jones believes in Dak, but knows he's not worth 'Mahomes money

Dallas Cowboys defensive tackle Dontari Poe says he likely will kneel during the national anthem this season, and he's hoping team owner Jerry Jones will end his silence on racial injustice and express support for his players. Poe, who signed with Dallas as a free agent this offseason, told Bleacher Report that he has not spoken with Jones, who also is the Cowboys' general manager. Jones has not released a statement or spoken publicly since George Floyd's death in Minneapolis resulted in protests across the country."Haven't talked to Jerry at all," Poe told the website. "I hope he comes out and shows his support. ... You are an owner of an NFL team -- you get what I'm saying? The majority of this team are these people that are being oppressed. So even if you are not going to be in the forefront, we need to know we have your support in that type of way."

Will Dak Prescott be with Cowboys for the long haul? Answer is near

Perhaps mercifully, a determination on Dak Prescott's contractual fate with the Dallas Cowboys will be known in a week.Talks between the Cowboys and Prescott's agent, Todd France, began in the spring of 2019. The club initially hoped a deal could be consummated before training camp, then during training camp, then at the start of the season, but it never happened. Unable to get a contract worked out before free agency, the Cowboys put the exclusive franchise tag on Prescott, knowing that July 15 is the deadline to sign him to a long-term deal. By next week, there will be some answers. Either Prescott and the Cowboys will have their contract agreement or the quarterback will play the upcoming season on the franchise tag. Despite Wednesday's deadline to sign Dak Prescott to a long-term deal, there are no scheduled talks between the Dallas Cowboys and the quarterback's agent, Todd France, according to multiple sources. While things can change quickly with a simple phone call, there was expected to be more urgency in getting a deal done that would lock in Prescott for the long term while making the quarterback one of the highest-paid quarterbacks in the NFL. Prescott signed the exclusive franchise tag tender worth $31.4 million on June 22, which guaranteed he would not miss any of training camp whenever it will begin. Without a long-term deal by 4 p.m. ET Wednesday, Prescott will have to play the season on the tag and the sides can't talk again about a long-term deal until January. In March, sources said the Cowboys made an offer to Prescott that averaged $34.5 million, which at the time was second to Russell Wilson's $35 million from the Seattle Seahawks, with a guarantee on par with the $110 million Jared Goff received from the Los Angeles Rams last summer. Last week, the Kansas City Chiefs signed Patrick Mahomes to a 12-year deal worth $477 million that could grow to as much as $503 million.

Cowboys' DeMarcus Lawrence debating whether to report to training camp
Lawrence is entering the second year of a five-year, $105 million contract that included a $25 million signing bonus. Lawrence said if he did not report to camp he would be subject to having to repay part of the bonus.
C

The Cowboys and first-round pick CeeDee Lamb have reached an agreement on a four-year, $14.01 million contract that also includes a fifth-year option, according to sources. Lamb, the 17th overall pick, will receive a $7.7 million signing bonus. He arrived at The Star on Tuesday for COVID testing and will be tested again Friday before he will be allowed in the facility for meetings, per health and safety protocols.

DeMarcus Lawrence is clear: he wants to play. But with his wife, Sasha, due in October, he wants to make sure his family is safe. “Shoot, I love to ride with my brothers and play the game,” he told ESPN. “When I have to take that away from myself, it's hard and I don't want to make a decision like that. But I also have to make sure I'm taking care of my family. Family is No. 1. After the game of football is done, that's the only thing I have to depend on so I've got to take care of them.”

Sources: CB Maurice Canady opts out of 2020 NFL season
Canady signed a one-year deal with the Cowboys in March as an unrestricted free agent. He played in 13 games last season for the New York Jets and Baltimore Ravens. By opting out, Canady will receive $150,000 but will remain under contract to the Cowboys in 2021.
C

Defensive end DeMarcus Lawrence, the highest-paid defensive player in Dallas Cowboys franchise history and arguably the team's most important player on that side of the ball, reported with other veterans to the official start of training camp, a source said. That became the expectation over the past few days after Lawrence expressed last week some hesitation due to the uncertainty of the testing and the dangers the coronavirus presents to his pregnant wife. Cowboys veterans reported to The Star for the first of three COVID-19 tests. They are required to pass all three before being permitted inside the facility.

With training camp on the horizon, the Cowboys have re-signed defensive tackle Antwaun Woods. Woods has started 25 games at defensive tackle over the last two seasons, including 10 in 2019. He posted 29 tackles and a fumble recovery last season. The Cowboys gave him an exclusive rights free agent tender offer earlier this offseason. Tuesday, the Cowboys also waived running back Jordan Chunn (non-football injury) and defensive tackle Garrett Marino (non-football illness). Chunn has been on the practice squad for most of the last two seasons. Marino was signed in May as an undrafted rookie out of Alabama-Birmingham.