How Long Can The Populist Surges Continue? These surges illuminate the nature of stock markets that many do not understand. If you have ever played a video game, you know about GameStop, a store that sells new and used games. In recent years, the company has been struggling because of dramatic...

Today, the David vs. Goliath Story continued as the populist online Redditers began pumping up the price of AMC Theaters which had been pummeled intentionally by Wallstreet shorters and film studios for months using Covid lockdowns as an excuse to cut out theaters who they have long seen as useless middle men. Many people love going out to a movie, though, despite their fancy digital home theater systems because many theaters are now designed for an experience you cannot get at home. But, they haven’t been allowed to go to them. In order to knock out movie theaters for good, Wallstreet has shorted them very hard as film studios have begun releasing all their new content to streaming services rather than the theater.

Redditers also banded together to pump other stocks as well

The heads of globalists and leftists online and in the media have begun exploding. They have already begun shaming the populist uprising against corporatism and stock market rigging, clownishly calling people who are buying AMC and Gamestop stocks as “Nazis”. Leftist dumpster fire Vice News called the Redditers of the WSB forum “white supremacists” while CNBC warned about WBS producing “misinformation” and needing to be somehow stopped, even though Wallstreet elites do the same thing to stocks on a daily basis for a living.
Click to expand...

Wall Street sharks getting their financial asses beat by the little guy? Warms a heart.

Looks like some big money got on Reddit's ass and shut down the threat to their financial primacy. Look to see /g/WallStreetBets soon. 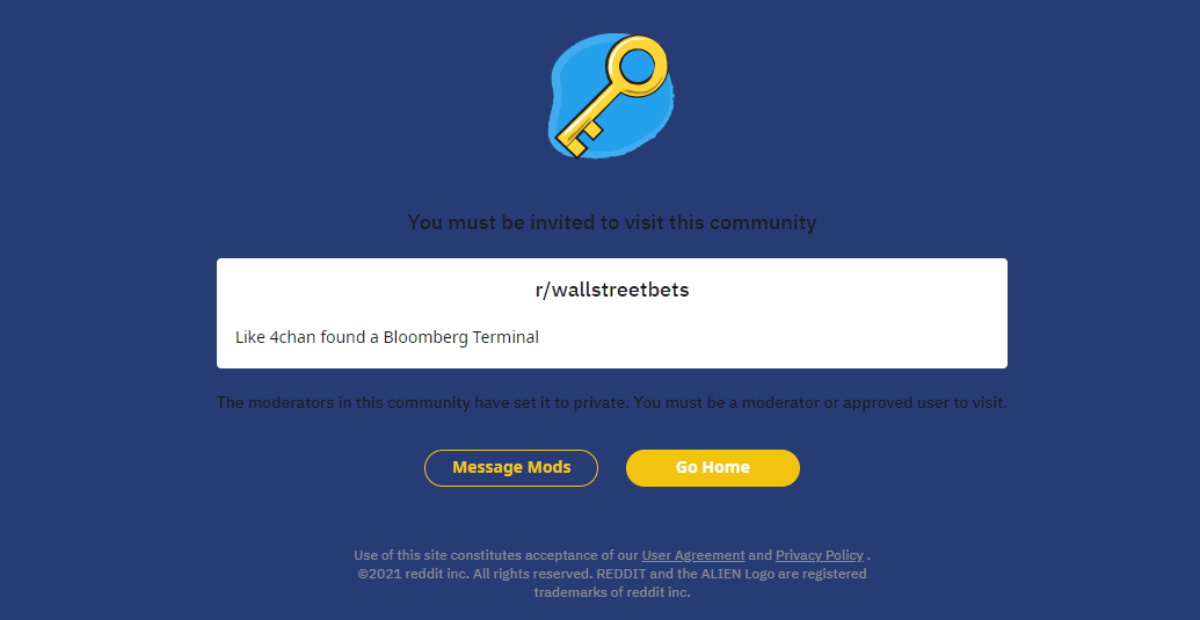 The subreddit WallStreetBets has now been privated, and their Discord server banned, as the community pulls off a successful short

Robinhood straight up colludes with the hedge funds to stop the commoners.