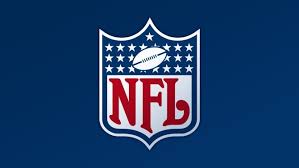 
Cowboys' Ezekiel Elliott feels 'normal' after coronavirus diagnosis, concerned with player safety
"Now, I'd say I feel good," he said. Elliott, 24, said he believed that if he were tested again, the result would come back negative. However, he said he decided to give it a few more days.

Former NFL MVP Cam Newton has reached an agreement on a one-year, incentive-laden deal with the New England Patriots, league sources told ESPN's Chris Mortensen and Adam Schefter. ‬‪Newton now will step into the mix to try to help replace former Patriots signal-caller Tom Brady, who left to join the Tampa Bay Buccaneers in free agency. The Patriots did not select a quarterback in April's draft, with 2019 fourth-round pick Jarrett Stidham and 11-year veteran Brian Hoyer atop the depth chart. The Carolina Panthers released Newton, the No. 1 overall selection in 2011, on March 24, ending their nine-year relationship. Newton was the NFL MVP in 2015, when he accounted for 45 total touchdowns in the regular season and led the Panthers to an appearance in the Super Bowl, a 24-10 loss to the Denver Broncos. The Panthers have been to the playoffs only once since then, a wild-card loss to the New Orleans Saints in 2017.

Cam Newton’s one-year, incentive-laden contract with the New England Patriots is mostly a no-lose situation in a post-Tom Brady world. So why wouldn’t the Patriots take the plunge? If Newton is healthy and performs at the high level he did when he was named NFL MVP and led the Carolina Panthers to Super Bowl 50, he could be the Patriots' starting quarterback and put them back into the conversation as one of the AFC's elite teams.If his previously injured foot doesn’t respond well or his performance and fit in offensive coordinator Josh McDaniels’ system don’t measure up, there’s limited financial pain for the team in quickly moving on.So with Newton willing to accept what the Patriots have to offer -- a low-cost chance to battle with 2019 fourth-round pick Jarrett Stidham and 11-year veteran Brian Hoyer to be Brady’s replacement -- it adds a stick of dynamite to what was already a compelling situation.

Johnny Manziel says his football career is probably 'in the past'

Manziel, 27, last played with the Memphis Express in the Alliance of American Football in 2019, before the league folded. He joined the AAF after being released by the Montreal Alouettes of the Canadian Football League. That league said he couldn't play for another CFL team.

Cleveland selected the Heisman Trophy winner with the No. 22 pick in the 2014 NFL draft. But after two tumultuous seasons, the Browns released him in March 2016; he posted a 2-6 record as their starter.

"Too often we see race and Black stories portrayed through a white lens," Kaepernick said in a release. "We seek to give new perspective to the differing realities that Black people face. We explore the racial conflicts I faced as an adopted Black man in a white community, during my high school years. It's an honor to bring these stories to life in collaboration with Ava for the world to see."

Source: NFL informs teams there will be no supplemental draft this year​

Source: NFLPA board votes to recommend canceling all preseason games this year


Extension for Patrick Mahomes a no-brainer for Chiefs
They agreed to terms of a 10-year contract extension with Patrick Mahomes that, combined with the two seasons remaining on Mahomes' existing deal, keeps him with the Chiefs through the 2031 season. Mahomes will be paid up to $503 million over the 10 additional seasons. It includes $477 million in guarantee mechanisms.

Redskins' trio of minority owners launching search to sell stakes
Prominent businessmen Robert Rothman, Dwight Schar and Frederick W. Smith, who combined own about 40% of the team, have hired an investment banking firm to undergo a search for possible buyers, one of the sources told The Post.


Donald Trump defends Redskins, Indians team names
Washington coach Ron Rivera told The Washington Post on Saturday that he has been working with team owner Daniel Snyder on a new team nickname in recent weeks. Trump has previously defended the Redskins' name on Twitter. In October 2013, he tweeted that presidents "should not be telling the Washington Redskins to change their name" and accused then-President Barack Obama of "harassing the privately owned" franchise.

NFLPA president JC Tretter at odds with league over coronavirus plan
The NFL solidified plans last week to cut the 2020 preseason in half, from four games to two games, and create a 23-day acclimatization period in training camp to account for the likelihood that players will report to training camp less prepared for football after an entirely virtual offseason program.

Ravens' Lamar Jackson cancels planned social event in Florida
Jackson's third annual event was to be held Saturday and Sunday in his hometown of Pompano Beach, Florida, according to a flyer shared on his Instagram page Monday. Social gatherings in groups of more than 10 people are currently not allowed in Pompano Beach, according to the city's website.

Amazon on Wednesday became the latest company to announce it would be removing Washington Redskins merchandise for sale while the team considers a name change. "With the announcement from the Washington team and the NFL, we are removing products with the team's name and logo from our stores," a spokesperson told CNBC. "Failure to properly close or delete all restricted product listings from your inventory may result in deactivation."CNBC reported that sellers on Amazon were given 48 hours to remove Redskins merchandise. Amazon joins Nike, Walmart, Target and Dick's Sporting Goods among companies to remove Redskins merchandise for sale online while the team reviews its nickname. Redskins merchandise remains for sale on Fanatics.com and NFLShop.com, the Sports Business Journal reported Wednesday, citing company spokespersons.

To preview the 2020 NFL season, we asked more than 50 league executives, coaches, scouts and players to help us stack the top 10 players at 11 different positions (sorry, special-teamers). The results might surprise you. They surprised me.
Here's how it worked: Voters gave their best 10 to 15 players at a position, then we compiled the results and ranked candidates based on number of top-10 votes, composite average, interviews and research. We had several ties, so we broke them by isolating the two-man matchup with additional voting and follow-up calls. Each section is packed with quotes and nuggets from the voters on every guy -- even the honorable mentions.

Ranking the NFL's top 10 interior offensive linemen for 2020
The objective is to identify the best players right now for 2020. This is not a five-year projection or an achievement award. Who's the best today? Pretty simple.

The Washington Redskins announced Monday that they will be retiring their nickname and logo after completing a thorough review that degan on July 3. "Today, we are announcing we will be retiring the Redskins name and logo upon completion of this review," the team said in a statement. "The NFL and Dan Snyder have finally made the right call and Change the Mascot commends them for it," Ray Halbritter, Oneida Nation representative and head of the Change the Mascot campaign, said in a statement Monday. "This is a good decision for the country -- not just Native peoples -- since it closes a painful chapter of denigration and disrespect toward Native Americans and other people of color. Future generations of Native youth will no longer be subjected to this offensive and harmful slur every Sunday during football season.

Source: Browns finalizing 5-year, $125M extension with Myles Garrett
Garrett had 10 sacks in 10 games last season. But he was suspended the final six games for hitting Mason Rudolph with the Pittsburgh Steelers quarterback's own helmet during a skirmish at the end of their game on Nov. 14. The NFL reinstated Garrett in February.

Chiefs, star DT Chris Jones reach four-year deal worth up to $85 million, sources say
Jones had nine sacks in 2019 despite missing three games with a groin injury. He was selected to play in the Pro Bowl for the first time. He has 33 sacks, 2 interceptions and 7 forced fumbles in 61 career games.

Patriots' Cam Newton says replacing Tom Brady is 'the elephant in the room'
Newton's modest one-year contract includes a base salary of $1.05 million, with only $550,000 guaranteed. He can earn up to $7.5 million through per-game roster bonuses and incentives.


"You're getting a dog. You're getting one of these ticked-off dogs too. And I'm looking at the schedule and I'm like, 'Who we're playing? That team passed on me! OK, that team passed on me. They could've came and got me.'" "You know who [you're] coming after? I'm like, yeah, great. What he was, what he is, is great, needs no even talking about it," Newton said. "But one thing about it, though: Coach [Josh] McDaniels, you're able to call some stuff that you ain't ever been able to call now.

2020 NFL offseason: Ranking most, least improved teams from 1-32, starting with Dolphins, Bengals
We ranked all 32 teams' net change from the end of last season to now. Keep in mind that this does not consider how good or bad a team actually is, but rather only how the roster changed since last season.

Washington NFL team to use 'Washington Football Team' for 2020 season 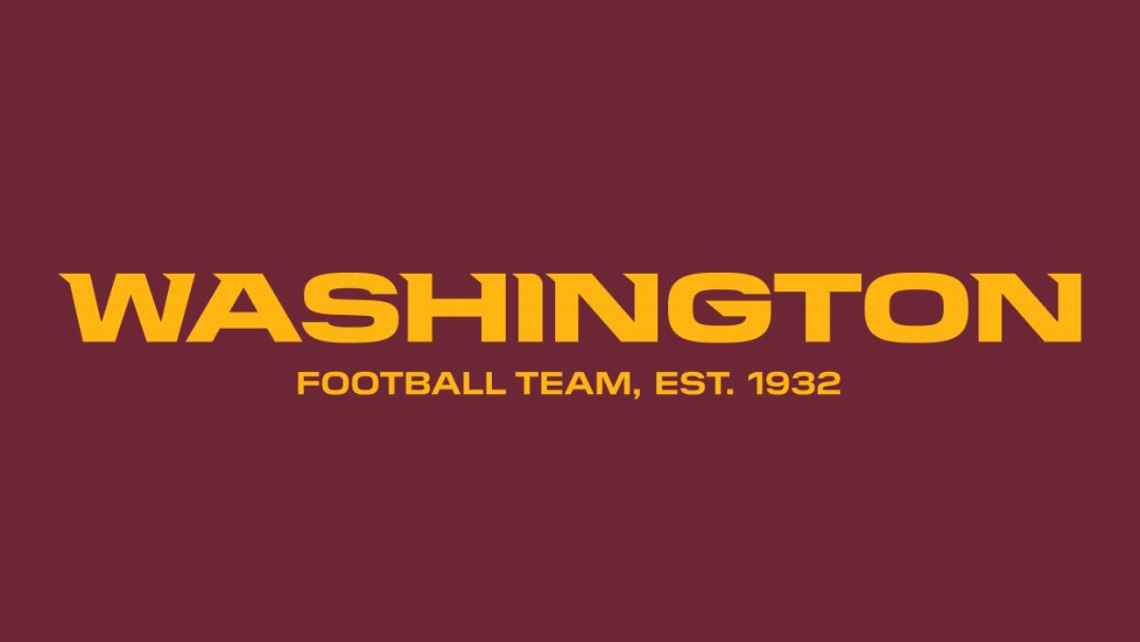 The team will continue the process of retiring the former name and hopes to be entirely rid of it on physical and digital spaces in the next 50 days, by the Sept. 13 regular-season opener against the Philadelphia Eagles. This is not a final renaming and rebranding for the team; this is the name it wants to use until the adoption of a new name at some point.
You must log in or register to reply here.
Share:
Facebook Twitter Reddit Pinterest Tumblr WhatsApp Email Link
Menu
Log in
Register
Top