The finale's over 40 minutes too I think.

Unbreakable Kimmy Schmidt is getting on the hot interactive storytelling trend. Tina Fey and Robert Carlock’s acclaimed comedy series, which ended its four-season run on Netflix in January, will return to the streaming platform for an untitled interactive special.

The special, which will break ground for a comedy series, will air in 2020. It will be created and executive produced by Fey and Carlock, with the series’ core cast members — Ellie Kemper, Tituss Burgess, Jane Krakowski and Carol Kane — all set to return. Universal Television, the studio behind Unbreakable Kimmy Schmidt, is producing the special, with the series’ Jeff Richmond, Sam Means, David Miner and Meredith Scardino also executive producing.

Netflix has been doubling down on interactive content following the success of Black Mirror’s Bandersnatch special. The streamer’s latest effort in the arena was You vs. Wild, an eight-episode interactive family series fronted by survival expert and TV veteran Bear Grylls.

Created and executive produced by Fey and Carlock, Unbreakable Kimmy Schmidt has earned 18 Primetime Emmy nominations including Outstanding Comedy Series for each of its seasons. The series followed Kimmy Schmidt (Kemper) as she continued to adjust to the 21st century and learn more about who she really is. Joining Kimmy on her journey are her best friend and roommate, Titus Andromedon (Burgess), her former-employer-turned-friend Jacqueline White (Krakowski) and landlord Lillian Kaushtupper (Kane).

I'll certainly watch it, post about it here, and be disappointed when nobody replies!

Odd way to end a show, with an episode that doesn’t have a definitive story. But I’ll always welcome more (until they see sense and make a Titus show).

Lock them all back up! Including Tina Fey, but make it all interactive!

Fuddlemiff said:
Odd way to end a show, with an episode that doesn’t have a definitive story. But I’ll always welcome more (until they see sense and make a Titus show).
Click to expand...

The way the final episode ended felt really tacked on anyway. And it's not like it's a show that needs grounding in reality... 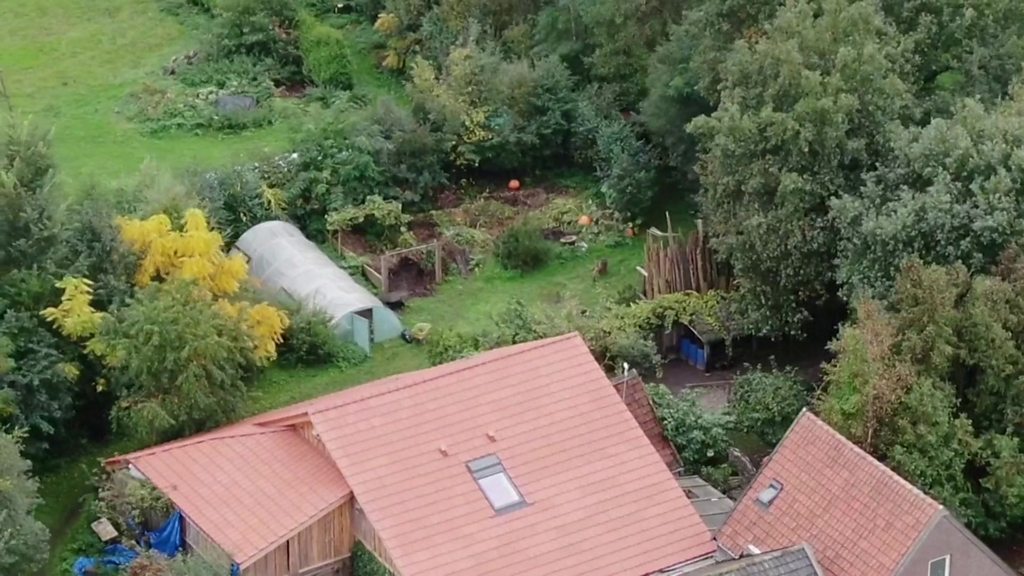 Family 'waiting for end of time' found on farm

A 58-year-old man is arrested as it emerges a family spent nine years in a secret room at a Dutch farm.

Was there weird sex stuff?

I’ll get my Pinot noir prepared!

I guess I never finished because I am on season 4 episode 12. I'm not going to read this thread for spoilers for once!

Also, Dude, What is the guy from Heros doing in this? Do I need to backtrack? I feel slightly lost! (Is that how I feel in all of the episodes anyway?)

I watched it! And now I want to watch Lion King.
I liked the ending.

I don't even remember which dude from Heroes you mean.

I watched it today. It was good and funny and got surprisingly dark on some of the choices (SPOILER: I made Kimmy murder the Reverand several times.) Daniel Radcliffe was fun. The only annoyance is having to watch it back and trying to pick all the other options. Sure, I used "skip ahead 10 seconds" constantly but you still have to wait through the podering your options bits every time. I'm sure I didn't get every scene even then and I wish there was just an option to watch everything you missed. Anyway, it was good with lots of great callbacks and cameos and I'd certainly watch future specials!

I finally found this tonight and am currently watching it. Kimmy is trying to find who the book belongs to.
The first options I chose were that Titus took a nap, I didn't wake him up and Kimmy made out with her fiance (Where did he come from? Why is everyone rich? What did I miss?)
So they made out and then suddenly it was the end-skipped the wedding and all-went to 1 month ahead and the backpack said, "Lets go back!" so it went back.

I accidently chose "read book" instead of whatever the other option was and now I am in some party I think. (I wasn't paying attention because I was looking for this thread)

Will I update this post with all the new choices I make?

Oh and I chose that Titus came with her to talk to Richard in Prision. And now they are in the middle of no where. SO CONFUSED!

Kimmy and Titus were in a fuel station
there was a baby (with a uni-brow)
I prompted Kimmy and Titus to leave the baby behind.
The reverand passed them in a van and then someone came on the scree and said "Woa, that was dark" "Lets go back" basically saying Kimmy wouldn't leave the baby.

Now they are back on the same path and the baby is "safe".

Okay
somehow the wedding happened and then at the end Kimmy said, "I wish I would have chosen the fun dress" since I chose the fancy dress in the beginning.
I will restart it choosing the fun dress this time.
But for now I am going to bed.