Social media has already been flooded with houseguest rumors for a few weeks, so I'm not even going there until the actual reveal. Especially since some of the rumored names are HGs I loathe.

Will they throw in any random confused UK housemates? (Of course they'd have to be in America already since you can't fly in right now so why am I asking.)

Maybe every mirrored window in the place will be a ZOOM window so that housemates from other BBs can check in and JUDGE them! (probably not)

Remember when we got a contestant from your regular series on our celebrity series (Frankie Grande.)

One could say that being on our BB made him famous enough to do a lot of other celebrity reality shows.

But there's no way in hell he would have been cast on US BB if he wasn't Ariana Grande's brother.

Lots of chaos on social media for the past 24 hours. Apparently the show is still trying to figure out how to make this season work.

Some rumored houseguests are tweeting that no, they aren't going to be on the show. (Friendship Paul, Derrick are the biggest names, for which I'm quite happy). Now CBS has changed the notice on the Live Feeds window. It used to say there would be cast interviews on Wednesday, but not now: 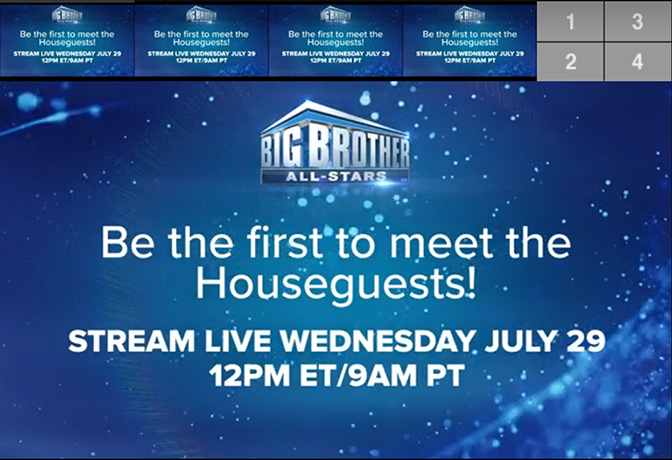 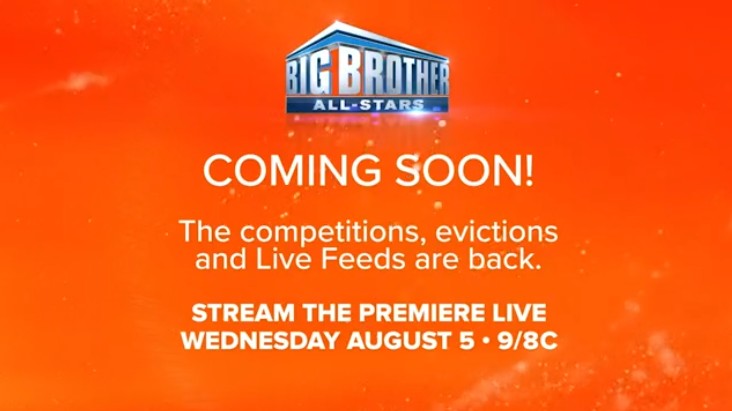 This season is going to be a shitshow, if it manages to finish at all. Canada shut down their BB midseason back in March. There is no guidebook to follow here to avoid disaster.

Still no cast reveal. From the latest promos, it looks like we won't know for sure who is on until the live move-in on premiere night.

List of most common rumored HG names:
Janelle Pierzina (BB6, All Stars 1, BB14) - can't have a season without her. Blonde bombshell, competition beast. But is her heart still in it?
Kaysar RIdha (BB6) - Janelle's Sovreign 6 alliance mate, evicted too soon for being the brains of the group.
Daniele Donato (BB8, BB13) - Evel Dick's daughter, good player buy whiny. Found her husband on BB13.
Kevin Campbell (BB11) - Top 3, played with gross lying Natalie. Good liar but okay guy. Only gay HG on the list.
David Alexander (BB21) - First evictee last year, didn't really get to play.
Danielle Reyes (BB3, All Stars 1) - Legendary player, they had to change the rules after she lost b/c the jury got to see her Diary Room sessions.
Keesha Smith (BB10) - Hooter waitress, really nice girl. Made it to Top 4 on Dan's first season, but it was bros before hos in the end.
Enzo Palumbo (BB12) - Wannabee Tony Soprano from NJ, member of legendary Brigade alliance. Can't win a comp to save his hide.
Ian Terry (BB14) - Awkward social misfit who rocked in a hammock all the way to winning his season. Hope he's not a jerk now.
Amber Borzotra (BB16) - Beautiful model type, evicted early because insane hick Caleb stalked her and she rejected him.
Cody Calefiore (BB16) - Model/hunk who acted as Derrick's meat shield all the way to the finals. Not as douchey as his brother Paulie (BB18).
Da'Vonne Rogers (BB17, BB18) - Sassy houseguest who speaks her mind. Entertaining but gets evicted a lot.
Christmas Abbott (BB19) - Snake Oil salesperson, interested in building her "brand". Cold, also an angry drunk. Hope she's not on.
Tyler Crispen (BB20) - Beachboy hunk, half of Tangela showmance, has adoring fans like a KPop star. Hope he chokes.
Nicole Anthony (BB21) - Geeky girl who made it to final 3 next to evil Jackson & Holly showmance. Hope she does well.
Memphis Garrett (BB10) - Dan's ride-or-die final 2 partner. Helped implement Dan's plans, guaranteed himself 2nd place. Okay guy.

Will there be much racism?

It's quite a diverse cast, and the overt racists and douchebags don't seem to have been asked. It could be a lot worse.

Bayleigh Dayton (BB21) - Early evictee who started a showmance/relationship with fellow HG "Swaggy C", they are still together. She actually got pregnant while in the BB house and miscarried after leaving. They also did MTV's Challenge show with some other BBers but I don't watch that. Gets into fights on social media.
Nicole Franzel (BB16, BB18) - Nasal Midwestern girl, made it haflway thru 1 season and won the other. Now in a relationship with Victor/BB18, one of the hunkiest BB hunks in history. He won't be on because he just finished training to become a cop or marshall or ranger or something.

Daniele Reyes and Kaycee Clark are on the wall, so one might assume they are not playing the game. Then again who knows. 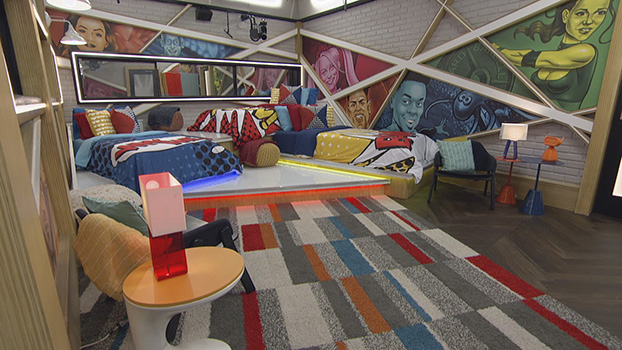 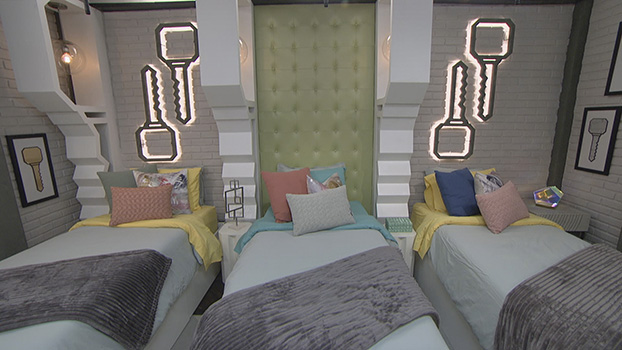 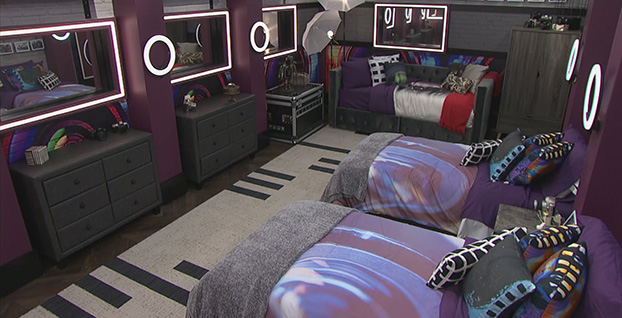 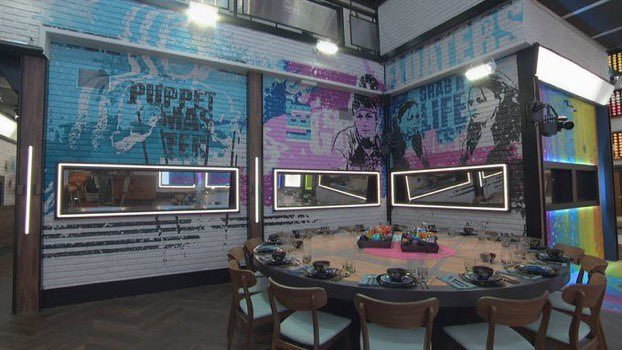 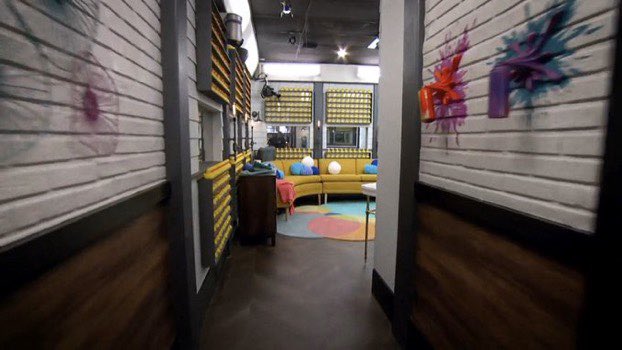 "AERIAL PICS OF THE GARDEN APPEAR TO SHOW SOME KIND OF HOT TUB." - The British press every summer.

There will be 16 HGs, according to another Julie interview today. The premiere show runs from 9-11PM ET, and the feeds start later that night after the show has finished airing on the west coast, so after 2AM my time. (I'm usually up anyway so no biggie but I get to hear all the old people on my BB sites complain about staying up lol losers).

Also, a couple of people who came to be on the show tested positive and won't be on. The rumor mill thinks it's Kaycee/BB20 and Josh/BB19. We'll see if it's anyone else.

I'm actually getting a little excited -- the countdown clock began yesterday on the live feeds window... 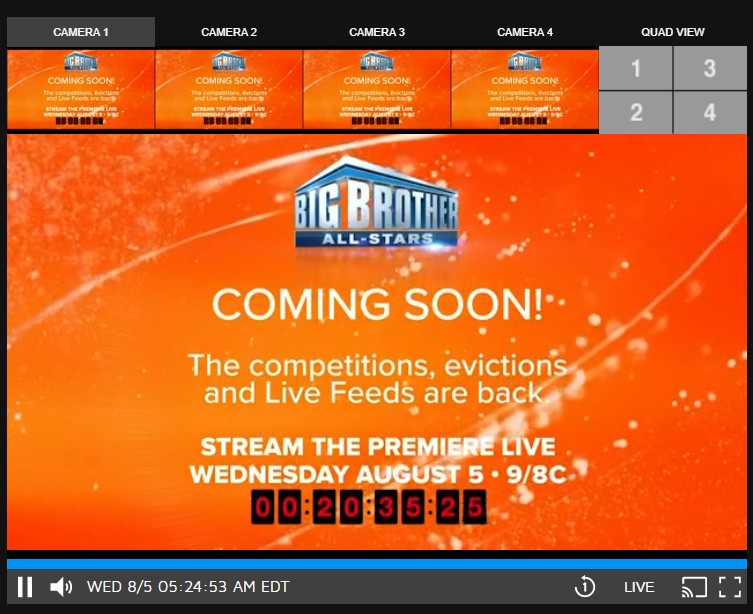 FIRST EP IS HALF DONE, IT'S GOOD SO FAR, YOU SHOULD FIND/DOWNLOAD IT.

IT'S FINALE NIGHT and the season was boring so I don't really care who wins but I guess I shouldn't complain because at least I still have BB and live feeds, and it was just renewed for next summer as well, and there's a possibility of a winter celebrity season if they can't get enough new shows on the air due to COVID so WOO HOO I guess but these weren't really All Stars they were more like Small Stars and there's a pregaming alliance scandal hovering over everything and the balance of power never shifted all season and eh.