Brittney Griner's detention in Russia extended through at least July 2.

A Russian court sentenced WNBA star Brittney Griner to nine years in prison Thursday, an expected conclusion to her trial that should allow negotiations for a prisoner swap to accelerate. Griner, who was arrested Feb. 17 for bringing cannabis into the country, had been prepared for a harsh sentence, sources close to the player said. But she and her supporters have also been aware that Russia was not going to move forward with a trade that could bring her home until her trial was completed. A guilty verdict was considered a foregone conclusion, and Griner pleaded guilty July 7, though the case continued under Russian law.
During sentencing, Judge Anna Sotnikova said she had found that Griner intentionally broke the law and also fined her 1 million rubles (about $16,700). Sotnikova said the time Griner has served in custody since her arrest in February would count toward the sentence. Griner reacted to the sentence with little emotion, listening to the verdict with a blank stare on her face.

Brittney Griner could 'hardly talk' after being handed 9 years in Russian prison, and was expecting half that, lawyer says​

Brittney Griner was sentenced to nine years in Russian prison over drug-smuggling charges for carrying vape cartridges in her luggage at a Moscow airport.
The WNBA superstar's trial came to a close Thursday, with the judge handing down a guilty verdict along with her heavy sentence. Griner has been detained in Russian jail since February, when she was arrested at Sheremetyevo Airport after customs agents discovered vape cartridges that contained hashish oil in her luggage.
Over the month of July, Griner and her legal team have appealed for leniency after she admitted wrongdoing and pleaded guilty to the charges against her. Though the defense made the case that Griner inadvertently brought the drugs in her luggage and that she had been prescribed medical marijuana back in the US, the two-time Olympic gold medalist received a near-maximum sentence and now faces the prospect of spending almost a decade at a Russian penal colony.

blackfoot NAP said:
Brittney Griner verdict: WNBA, players sports world react to nine-year sentence
News of Griner's verdict and sentencing put the sports world on alert, and many WNBA players as well as athletes and coaches took to social media to react to the news.
Click to expand...

Brittney Griner
I think Blackfoot used to be someone else who was probably banned many years ago. But Blackfoot keeps within the rules, and a It drives Jack and a few others crazy that he's allowed here, and was able to get the Agony of Defeat forum.
C

Brittney Griner’s imprisonment paints a stark contrast for Chicago Sky players familiar with the Russian league: ‘We lived a normal life there’​

Women's basketball in Russia used to offer an offseason dream for WNBA players — first-class treatment, million-dollar contracts, elite competition. But as the WNBA and U.S. government plead for the release of Phoenix Mercury star Brittney Griner — who was sentenced Thursday to nine years in a Russian prison after being convicted of drug possession — the prospect of returning to Russia became a non-starter for her former teammates in Chicago. Griner played under Sky coach James Wade for two seasons in Russia and won EuroLeague and Russian Cup titles with Sky stars Allie Quigley, Courtney Vandersloot and Emma Meesseman. All three Sky players made an exodus when Russia invaded Ukraine in March, cutting short their season with UMMC Ekaterinburg. They returned to the U.S. as the war shifted the political axis in the country.

For the first time since WNBA star Brittney Griner was arrested on drug chat in February, Russia has confirmed that prisoner swap negotiations with the United States are taking place. On Thursday, Russian Foreign Ministry spokesman Ivan Nechayev confirmed that negotiations between the two countries were underway. At the end of July, Secretary of State Antony Blinken confirmed that the Biden administration had made a "substantial proposal" to Russia in order to facilitate the return of Griner and former U.S. Marine Paul Whelan. 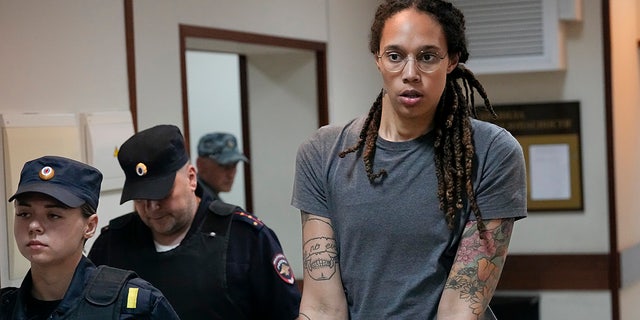 Brittney Griner is escorted from a courtroom after a hearing in Khimki, just outside Moscow, Russia, Thursday, Aug. 4, 2022. 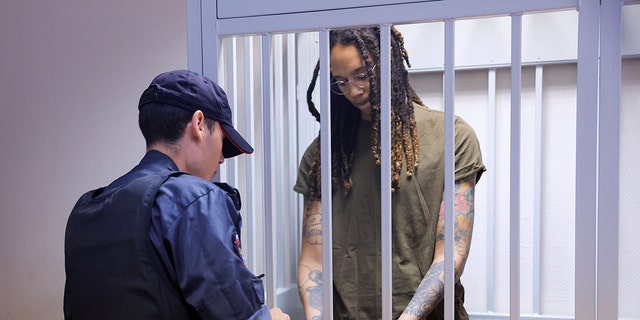 Brittney Griner stands in a defendants' cage before a court hearing on Aug. 2, 2022.

Tesla's billionaire CEO is calling on the Biden administration to make a move against the mass incarceration of people for weed.

"Seeing Wilford Brimley and Ewoks mowing down fools with mounted laser canons wasn't something I thought I needed in my life, but I was wrong." - Tomtrek
C

Russia has admitted that it is in talks with the US to exchange a notorious arms dealer for basketball player Brittney Griner, a Russian diplomat said.The diplomat’s comments marked the first time Russia said it was in talks to exchange Griner for Viktor Bout, 55, who is in prison in the US, according to a report. “The discussions on the very sensitive topic of an exchange are proceeding via the channels chosen by our presidents,” Alexander Datchiev, the head of the North America department at the Russian Foreign Ministry, was quoted as saying by state news agency TASS. “Silent diplomacy continues and should bear fruit if Washington, of course, is careful not to fall into propaganda.”

At the same time as U.S. and Russian diplomats are discussing a potential prisoner exchange involving Brittney Griner, the American basketball star’s attorneys are exhausting all available options to try to reduce her nine-year prison sentence. Griner’s defense team on Monday filed an appeal against the verdict handed down earlier this month by a Russian court, attorney Maria Blagovolina told Russian news agencies. Blagovolina did not immediately return an email from Yahoo Sports seeking confirmation and an explanation of the grounds of the appeal.

Brittney Griner’s verdict and sentence did not change anything regarding the WNBA superstar's status as being "wrongfully detained," U.S. State Department spokesman Ned Price said Monday. Price was asked about Griner and the potential of a prisoner swap with Russia, which may involve Viktor Bout and another American held in Russia, Paul Whelan. "No element of this trial changes our judgment that Brittney Griner is being wrongfully detained and should be released immediately," Price said. "That is why we've put forward a number of weeks ago what we consider to be a serious, substantial proposal and an effort to seek her release, to seek the release of Paul Whelan as well.

Brittney Griner is set to serve time in one of Russia's penal colonies, where abuse is common, disease is rampant, and labor is forced​

Brittney Griner is one of the most accomplished basketball players on the planet.

Brittney Griner: Inside the logistical chess match of a Russian prisoner exchange​

The scene looked like it was stolen from a Hollywood script. On one end of a Turkish airport tarmac sat a Russian federal security plane. On the other was a private jet owned by a U.S. government contractor. Both had landed in secrecy within minutes of each other on April 27 to conduct a high-value prisoner exchange on neutral soil. Trevor Reed, an American citizen and Marine veteran, was sentenced to nine years in prison in July 2020 after he allegedly endangered the “life and health” of Russian police officers in a drunken altercation. U.S. officials declared those charges baseless and negotiated a deal to secure Reed’s freedom in exchange for convicted drug-smuggling Russian pilot Konstantin Yaroshenko.

Is Brittney Griner Receiving Her WNBA Salary While in Russian Jail?​

The Phoenix Mercury played their first playoff game of the postseason Wednesday night without their star center, Brittney Griner, who remains detained in a Russian penal colony after a conviction on drug charges. There is hope Griner could be back in the United States in the near future, though, after a spokesman for the Russian foreign ministry confirmed last week that Russia has been involved with the U.S. in prisoner exchange negotiations. But what would life be like for Griner should the trade be successful, returning her home soon? More specifically, what would her financial situation be like after having been locked up since February? The simple answer is that her bank account should be in decent shape. The WNBA announced in May that Griner would be paid her full salary while she remains in Russia, and the money would not count against the salary cap for the Phoenix Mercury.

Brittney Griner, the basketball star sentenced to nine years in Russia for having less than a gram of hashish oil in her luggage, won’t be freed until a trade is made. The Russian government wants freedom for Viktor Bout, the arms dealer known as “The Merchant of Death” imprisoned the past decade in a federal prison in Illinois. “The Russians knew the war with Ukraine was coming and decided to grab a highly visible American,” one source said. The 6-foot-9 Griner, of the WNBA’s Phoenix Mercury, has also played in the offseason for the UMMC Ekaterinburg team in Yekaterinburg since 2014. “Grabbing Griner was a typical KGB move,” one Russian said. “The charges are trumped up.”