Death of Starbuck episode tonight on Comet. Between having watched the whole series now, being at work 2/5 of the nights the show is on (which means missing 4 episodes of a 70-ish episode series every week), not having time to burn 2 hours every weeknight on a show I've already watched, and a few of the (for me) less exciting episodes, I was thinking it was time to get back to a more productive use of my time, but man, this is an episode that is so much better now that I've seen the whole series. It's like watching "Gran Torino." The first time you see that is fine, but the second time you pick up all kinds of things that you couldn't get on first viewing (Clint Eastwood reading the horoscope, for example).

And it's interesting that she's chasing a "head" Heavy Raider when she winds up with a "head" Leoben--and then when she's trying to find Earth later in the series, her breakthrough comes when a real Leoben shows up in a Heavy Raider. 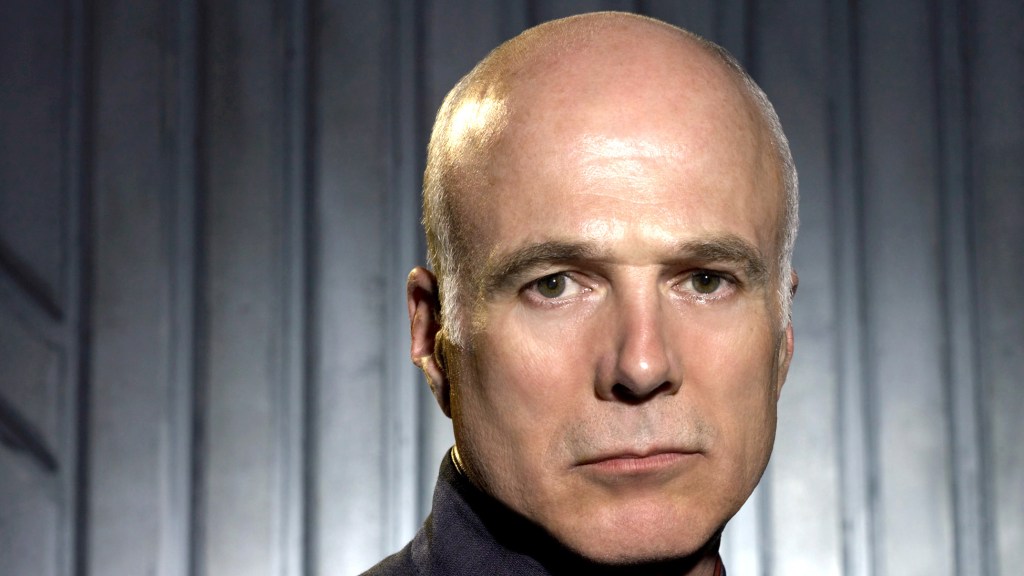 People are raising money online for “Battlestar Galactica” actor Michael Hogan’s medical care after he had a serious fall in February. According to a GoFundMe page created on beha…

That's really sad, both about his condition and the fact that he needs help from fans to pay for his medical care.

Volpone said:
Death of Starbuck episode tonight on Comet. Between having watched the whole series now, being at work 2/5 of the nights the show is on (which means missing 4 episodes of a 70-ish episode series every week), not having time to burn 2 hours every weeknight on a show I've already watched, and a few of the (for me) less exciting episodes, I was thinking it was time to get back to a more productive use of my time, but man, this is an episode that is so much better now that I've seen the whole series. It's like watching "Gran Torino." The first time you see that is fine, but the second time you pick up all kinds of things that you couldn't get on first viewing (Clint Eastwood reading the horoscope, for example).

And it's interesting that she's chasing a "head" Heavy Raider when she winds up with a "head" Leoben--and then when she's trying to find Earth later in the series, her breakthrough comes when a real Leoben shows up in a Heavy Raider.
Click to expand...

The show is eminently rewatchable. I find myself going back to watch some of the quieter (or some would say "filler") episodes that I didn't care for much the first few times around, like The Woman King or Black Market and there's still a ton of content there that I wasn't really paying attention to. It's pretty impressive that there's not a single episode that I really can't stand.

I still don't know what they were thinking with Nemesis. But as you say for some reason I can give the off BSG episodes a pass, especially after seeing the whole series all the way through. Maybe a few times. It all hangs together.

Or Boomer. Other than the Final Five, I can't think of any other Cylon that was programmed to think they were human. And it serves no practical point except making her fail in her mission. Is it so she could pass a lie detector test to become an officer? Gina was a contractor on Pegasus who obviously had TOP SECRET clearances but wasn't programmed to think she was human. No, the reason Boomer is programmed is because that's one of the major plotlines for Season 1. If Boomer was an unconflicted Cylon agent the whole season falls apart.

Or Baltar's Cylon detector. At first it's a 1 hour, done while you wait test (and by the way, if Baltar was worried about Boomer killing her, why not tell her she's human and then quietly notify Adama. But in, like, the next episode, the test takes 24 hours. So its only purpose is to reinforce that Boomer is a Cylon and that Ellen Tigh may or may not be a Cylon. And that's the last you hear of it--apart from the occasional line that may even be an in-joke about it just disappearing. Or the nuke. Adama gives it to Baltar to keep in his unsecured and unguarded laboratory. Once the Cylon detector is up and running, no one is like, "since you won't be needing this anymore, we'll just be taking it back," because it is needed later in the story. There are holes and flaws, but I allow them because they are needed for the story and it is a fun story.

Although there are parts. That test me. The whole Gaeta/Demetrius/Basestar mess.
1) Why does it have to come down to Gaeta getting kneecapped before Starbuck says "You know what? Maybe I should just take a raptor. Would y'all be cool with that?" Instead of coming up with that after she's already apparently gotten her way?
2) Why *don't* they stick to the plan--The raptor/baseship has the coordinates, there's no point in Demetrius hanging out in deep space, waiting for it. Send them back. Save Gaeta's leg. Let Galactica know not to leave and to be prepared for freaky shit?
3) How was Boomer able to radio Demetrius that everything was cool, but when they jump to Galactica the wires for the radio are missing? How was the basestar able to squawk a Colonial signal to Demetrius but not to Galactica?
4) When they're pointing out how utterly essential it is that Demetrius gets back with the basestar so Galactica doesn't blow the shit out of it, why didn't someone go "Hey, why don't we send Demetrius *first*? That way they'll have some time to explain things. And if there's a problem with their FTL, we won't wind up getting blown to shit."

I mean, it's entertaining and all, but it's no "Ally McBeal."

I can't even remember who Demetrius is.

How does the Eight get shot by a centurion while unplugging the hybrid? Did it not occur to anyone to tell the guard what was about to happen and that he shouldn't freak out and start killing his fellow Cylons?

How is it that Athena just blows away the Rebel Leader Six in a room full of people? When Tigh tells the guards to stand down, why doesn't he tell her to stand down as well? Why doesn't he or Tyrol just get in front of the Six?

Demetrius is the ship Adama gave Starbuck to look for Earth. While Helo and Athena are on Demetrius for 2 months, who's watching Hera? 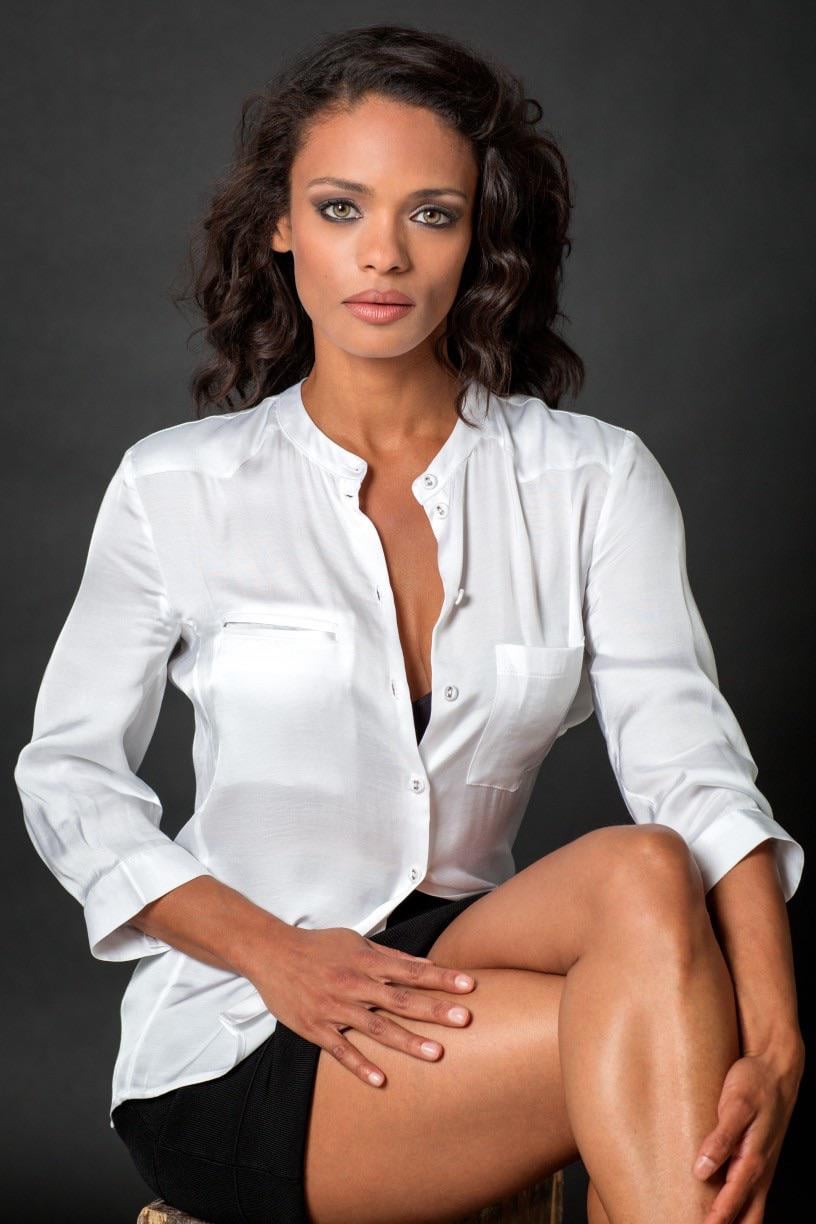 I wish she was in more things.

CaptainWacky said:
I wish she was in more things.
Click to expand...

Once upon a time I studied theater. Around...the 19th century, someone published a book on "The Well Made Play." That was kind of a paint-by-numbers formula to churn out an entertaining and successful play. I am reminded of this when I watch BSG, because they've got buttons that they push. And I know they're pushing buttons. But I don't care because it's entertaining and touches me on an emotional level. The Admiral Adama pause, where he decides to do something insane because something convinced him it was the right thing to do. There are others, but they escape me at the moment. But the whole thing is wonderfully theatrical and operatic and yes, a little artsy. Olmos hams it up at times to a level where I'd like to see early 200s William Shatner play the role. And I realize he's chewing scenery, but I'm OK with it because it is so good to watch him flip out and wreck a model ship or splash paint all over the wall while moodily lit and posing dramatically.

As I listen to the various versions of "All Along the Watchtower" in chronological order (Dylan, Hendrix, McCreary) and the huge relentless juggernaut intro of the McCreary version I am reminded of the passage in "Fear & Loathing in Las Vegas" about the White Rabbit. Which is next in the YouTube queue.

When Boomer steals Hera, much is made of the danger of jumping a raptor within the ship.

1) Why didn't the Cylons just do that to blow up/cripple Galactica YEARS ago?
2) When they go to The Colony to rescue Hera, am I misunderstanding, or does an ENTIRE SQUADRON of raptors jump from the inside the ship?

At this point I may have to take a break. I'm becoming more and more aware of how badly Comet chops up the episodes. I don't have 2 hours a day to blow on a show I've already watched. And I work 2 of the 5 days they air episodes--Mondays and Fridays. So once a week I miss 4 episodes in a row--a good chunk of a season. Everything gets set up: "Oh, good, they're about to find earth!" "Oh. They're upgrading the FTLs and Felix and Zarak are about to spring their mutiny." Haven't seen the original mini in years, though, so maybe I'll watch the whole thing through one more time on Peacock (and try to keep to 5 hours a week) before taking a break.

HO-LEE CRAP. Haven't watched the 2003 miniseries since 2004 or so. People throw around PTSD too lightly these days, but they so perfectly captured the feeling of 9/11/2001. Can't speak for 12/7/1941, because I wasn't there, but on 9/10, I was a 1stLt in the USMC, getting ready to hand off my job to a new officer and move on to my next job. My boss told me to sleep in and go gather up some maps and brochures to send to my replacement to help him get settled in to his first assignment. Got up and headed out to my car. I was excited because I'd finally moved somewhere that had Howard Stern but I was at work before it was on. Flipped on the radio in my car and Howard Stern wasn't on. There was some funny news reports about an airplane crashing into the World Trade Center. I mean, surely this was like, some little Cessna or something. And it wasn't THE World Trade Center. St. Paul has a World Trade Center. Portland has one. And then they started talking about the first tower collapsing and I realized it WASN'T a little Cessna and it WAS *the* World Trade Center. Then the other tower collapsed and the Pentagon got hit and I turned the car around and headed for work because it was time to fuck someone up--as soon as we could figure out who it was that needed fucking up. Eventually Howard Stern came on and he was awesome. "Day of Infamy" good.

Anyway, they captured that feeling very well with the miniseries. So good. Tempted to fire up Peacock for the second half, but I think I'll wait.

Chief Tyrol is so young and skinny in the miniseries.

If I did a live action Flintstones I'd want him and Callie as Fred and Wilma.

I still enjoy the miniseries, it's sort its own unique thing. The difference in music from Richard Gibbs sets it apart a little I think. And yeah, it was pretty mindblowing back in the day on the heels of 9/11. While I think the series itself is probably better in a lot of ways it was a hell of an introduction.
You must log in or register to reply here.
Share:
Facebook Twitter Reddit Pinterest Tumblr WhatsApp Email Link
Menu
Log in
Register
Top