Things you love about Star Trek

The speech where Yoda talks about The Force.

That time they brought Kirk and Picard together...to make eggs and toast.

"Data is a toaster." 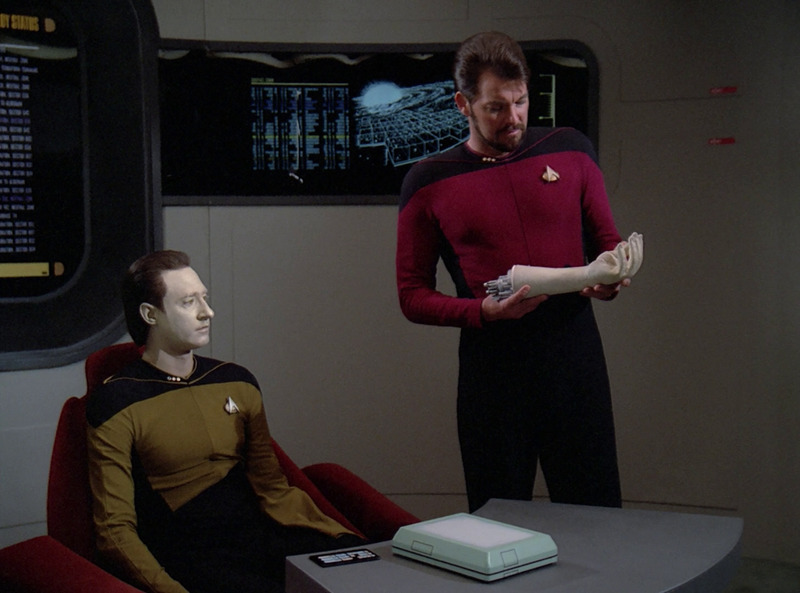 Where do you stuff the bread?

I also love that map of the quadrants they used to show all the time.

This is so random
Lucille Ball saved Star Trek?!

Yup. Lucy and Desi Arnaz started Desilu Studios to produce I Love Lucy. Desi ran the studio. When they divorced, Lucy bought Desi out and ran the studio alone. Star Trek was one of the shows Desilu developed and produced while she was boss.

The first pilot starred Jeffrey Hunter as Captain Pike, but it didn't sell. Lucy ordered another pilot, this time with some tweaks, including recasting the main role with William Shatner as Kirk. The rest is history. DENNY CRANE.

"I really like the one where he read the Constitution after ending all the fighting in a future revolution."
"William Shatner,"
-The Scofflaws.

Volpone said:
"I really like the one where he read the Constitution after ending all the fighting in a future revolution."
"William Shatner,"
-The Scofflaws.
Click to expand...

I liked that episode where one of the red shirts died!!!

Nog - From petty thief in the first episode to newly promoted Lieutenant (JG) in the last, did any character have a better journey than Nog? Maybe the fact that he was a guest character (though I really think by the end he was in more episodes than series regular Jake Sisko) allowed the writers more flexibility with his character, but I think more than anythng it was Aron Eisenberg's great performance that convinced the writers to keep developing him. When Eisenberg died and I saw a photo of him, I stupidly thought for a second "wait that's not what he looks like" because his acting was so convining through the latex that I literally thought he was real. Okay that could just be me being insane but I think it's the acting.

Staff member
Edith Keeler's death from The City on the Edge of Forever. A moment that perfectly represented Kirk, McCoy and Spock at their core of duty, heart and logic.

And better than the version in Ellison's original script where Spock had to physically restrain Kirk to stop him saving her.

The City on the Edge of Forever is my favorite TOS episode.

I like when McCoy kills a homeless man then steals his shoes.

That really was a great bridge design. But way too relentlessly grey. I realize it is more in line with the bridge in the pilot, and that the bridge for the series was so Technicolor because "HEY LOOK, EVERYONE! COLOR TV!" But a red turbolift door and a few other red accents; maybe varying the grey with a more powder blue shade for the panels or something and this would be a really sharp looking bridge. Now I gotta see what it looked like for TWoK. Hmm. They left it pretty much alone. I guess the red uniforms are what makes it more dynamic. And, you know, having and actual *plot* that advances and has characters we care about.
You must log in or register to reply here.
Share:
Facebook Twitter Reddit Pinterest Tumblr WhatsApp Email Link
Menu
Log in
Register
Top