Things you love about Star Trek 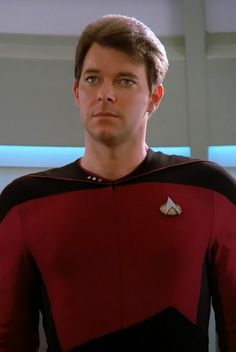 In 1987, TNG viewers quickly discovered that Captian Picard was a very different character from their much loved Captain Kirk. When creating Star Trek: The Next Generation, Gene Roddenberry decided that Picard wouldn't lead away teams and that his younger, more Kirk-like First Officer William Riker would instead. It was an idea Roddenberry took from his unproduced Star Trek Phase II televison series and Riker certainly has shades of that show's conception of First Officer Willard Decker. Season 1 Riker is fine, but when you rewatch he doesn't feel quite right. Other than turning down the powers of the Q there aren't really that many memorable season 1 Riker moments. There's something missing... 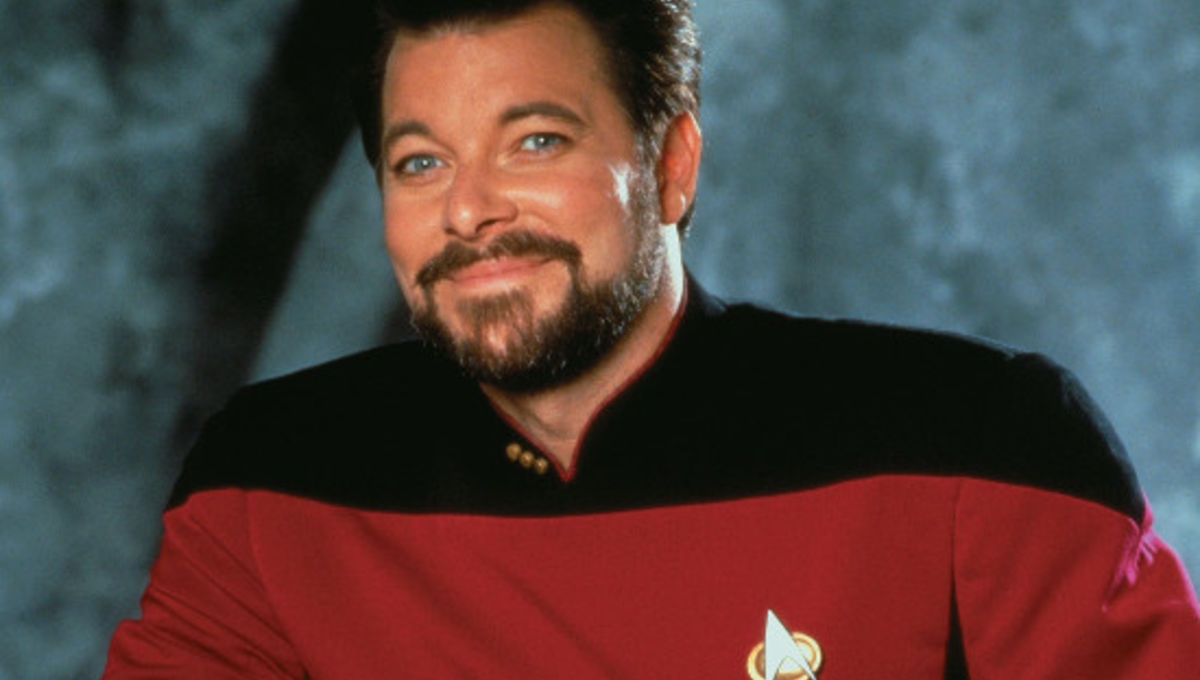 THAT'S the Riker we all know and love. The beard came along in season two and Riker felt like a new man, a twinkle in his eye to go with the hair on his face. Riker is a bit like Kirk, sure, but he's more than that. He's the modern Kirk for the late eighties who'll kiss a genderless alien and check out Worf in a dress.

https://fcotdextra.tumblr.com%2Fpost%2F614323520058621952
Riker is also the absolute best Trek character for getting angry or freaking out when he notices something wrong with the nature of reality. For me there's nothing more Star Trek than a character saying "FUCK YOU THIS ISN'T MY UNIVERSE."

And of course nobody sits on a chair like him.

I had issues with the returning character of Jean-Luc Picard and Seven of Nine in Star Trek: Picard, issues that couldn't just be explained away with "well it's been twenty five years, of course they're different!" I was concerned they'd get Riker wrong too, but he felt 100% Riker, all the more impressive when you consider that Jonathan Frakes hadn't acted for years when he returned for Picard. You could be cynical and put it down to Frakes lacking range or whatever, but two of the brightest spots of Picard for me, two moments that made it feel like an actual Star Trek, were Riker ordering "shields up!" in his own home and Riker in the Captain's chair of that ugly starship he was commanding.

I love you, Will Riker.

Riker was definitely the best part for me too, and it brought a tear to my eye once or twice.

Not bad for a pizza chef.

I liked the optimism. The depiction of a future that's a little brighter, peopled with humans who aim a little higher in both aspiration and principles. Even Deep Space Nine, which was markedly darker in tone than anything before it, maintained that. The episode "Duet" showed that off beautifully, and "In The Pale Moonlight" was as powerful a story as it was because it showed that Sisko could live with violating those principles if the demands of practicality were strong enough -- but that doing so laid a huge personal cost on his conscience.

The intro cutscene for Armada

I loved that ricochet weapon on the Akira. One of the best Trek games (admittedly there isn’t much competition).

The one where Doc Brown sends Darth O'Brien to Mordor to help convince Rick and Morty to invite Lorraine to the Battle of the Bands Under The Sea dance so she can fight Tia Carrere for the prize as the last immortal to prevent Teddy Ruxpin from ushering in a thousand years of tater tots.

The Highwayman said:
The one where Doc Brown sends Darth O'Brien to Mordor to help convince Rick and Morty to invite Lorraine to the Battle of the Bands Under The Sea dance so she can fight Tia Carrere for the prize as the last immortal to prevent Teddy Ruxpin from ushering in a thousand years of tater tots.
Click to expand...

Don't Be a Time Traveling Scientist While Sipping Your Blue Milk in the South Highlands. Long Title, Good movie.

Last night, my upstairs neighbour was playing TV a bit too loudly for me to fall asleep, but I managed to go to sleep anyway by putting this video on and drowning out his noise.

Anyone else following Ryan’s Edits?

Eggs who literally posted about them seven post earlier probably is.

I wish that one was real.

But I hadn't checked for new ones since then, so I'm glad Fuddlemiff reminded us.

Oops! Yeah they’ve posted quite a few in the last few days.

Staff member
I love how Star Trek made it so that we could all know each other.

I watched Best of Both Worlds again last night. I love how interesting space office politics is.

The cold-opens for TNG are so universally god-awful. "OK. We need something that hooks the viewer; something that sets up the story and keeps them from changing the channel." "I got it! Some ensign's little girl has an imaginary friend and he's worried about it so he has the ship's psychologist come visit!" "GENIUS!"

What’ll REALLY hook the viewer is if Picard’s been looking forward to a diplomatic conference, but has been slightly delayed by space weather. Meanwhile Data is learning to crochet.